Drones are a serious issue all around the world. They are quite useful, but could as well cause chaos, just like what has been happening at Gatwick airport in London, where flights had been suspended due to drone sightings in the airfield. In 2018, the British Airline Pilots Association recorded more than a hundred incidents where drones have disrupted flights. These drone pilots might not have been aware, but by flying close to planes, they have broken the first Drone Code of the UK’s Civil Aviation Authority – ‘Don’t fly near airports or airfields.’ Knowledge of such laws are essential, and this article will highlight the rules governing the operation of drones.

Pilots do not need a permit to operate for personal use their drones in the UK, as long as the weight of the drone is less than 20kg. The UK government confirmed this law on its website, stating that the Civilian Aviation Authority (CAA) Air Navigation order 2016, specifically Articles 241, 94, and 95 regulate the use of personal drones. However, operators need drone flying licenses for commercial purposes. Pilots can get this license easily by registering on the website of the Civilian Aviation Authority.

Prohibition on Where to Fly Drones

Regarding the issue of zones where pilots are allowed to fly their drones, there are some laws that govern drone operators and regulate theirs use in the UK. The basic rules are that the drones must never fly above 400ft or go out of sight. Also, all drone pictures are should not violate privacy laws. About privacy, pilots must not fly their drones within 150ft of a building, vehicle, or even a person. More so, no drone should be flown no more than 1km from an airport, and drones should never be flown over congested areas.

The Aviation Authority lays down an abridged version of the laws governing drone flying zones, as follows:

- Your drone should never fly above 400ft - Stay away from airfields, aircrafts, and airports - Always keep an eye on your drone. Fly drones 150ft away from property and people. - Enjoy responsibly.

The penalties for violating these rules are severe. For instance, pilots may face up to five years’ imprisonment or unlimited fines if caught flying a drone close to an airport or above 400ft from ground level.

Following the incident at Gatwick airport, the police chief in charge mentioned that the drone would have been shot down. They decided not to, to avoid stray bullet accidents in the airport. If they had taken down the drone, they would have been operating entirely under the laws. They could as well have taken down the drones using other less lethal methods and equipment, such as the NetGun X1 that can seize drones flying up to within 15m. Interestingly, in Holland, the police have trained eagles to take down drones flying in illegal zones. To avoid violating these laws, some drone manufacturers like DJI configure their drones not to allow them to operate in prohibited spaces. 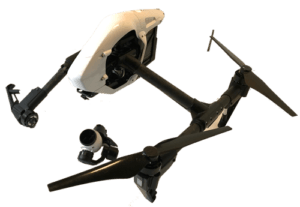 There are a lot of grey areas here, as the industry still has no clear rules for the relatively new drone technology. However, regarding a plane colliding with a drone, the UK government notes the obvious risks involved when a drone made of plastic and/or metal, with a lithium-polymer battery bumps into the windshield or rotor of a helicopter at 100mph or a drone flying into the engine compartment of a passenger plane. Drones should never fly close to an aircraft.

The above are some of the essential rules governing the safe operation of drones in the UK that drone pilots and operators must abide by. They might seem minor and less consequential, but following these simple laws will go a long way to allow you fly your drone without getting into trouble in the United Kingdom. And don't fret if you break your beloved toy. Now you can sell broken drone for cash on our website. Just let us know the model and what's damaged and we'll give you our best quote and arrange a hassle free transaction.