The pace of technological change seems to always be increasing, which can make it difficult for even the most dedicated of tech fans to keep up with the news of the day. In an effort to help our readers get up to speed on some big stories that they might have missed, we’ve scoured through dozens of computer-related technology news pieces to find the most relevant bits of information for our readers.

The stories below represent what we believe to be the most interesting and important developments from the past week or so. With this in mind, let’s jump into these great stories. 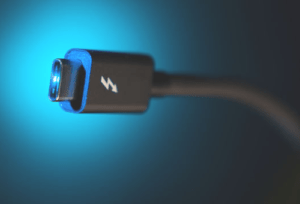 This story represents one of the most recent major technology developments, and boy is it an exciting one. A few days ago, it was announced that the USB Promoter Group, which is a high-tech association comprised of Apple, HP, Intel, Microsoft, and many more, had released its most recent USB specification, slated to be called USB4. This new standard is promised to deliver 40-gigabit-per-second data transfers and support a number of algorithms that have the potential to make the handling of data operations more effective and efficient than ever before.

As of now, USB4 will rely on the same style connector we have grown accustomed to with USB-C and will be capable of communicating with devices that still rely on USB 2.0 technology or above. From a user standpoint, the difference won’t be too noticeable, outside of faster data transfers. Still, this is an exciting step forward for computer technology, as it has been quite a few years since we’ve seen an improvement in USB technology.

Many of our readers understand that there is nothing quite as frustrating as relying on both your laptop and phone for a project or meeting, only to have one of these two critical devices lose power when it is needed the most. Thankfully, the team at Apple recognized this common pain point and has developed its new devices with a solution to this issue in mind.

Enter the soon-to-be-released bilateral charging feature, which means that Apple fans will be able to use their iPhone’s battery to charge their other devices. This new feature is sure to please users, as they will have access to a novel means of charging their favorite devices, regardless of where they are at the time.

While Blade’s Shadow game streaming service is still very young, it already looks to be getting a hardware upgrade. The company just released its newest device, the Shadow Ghost, which is said to provide a more enjoyable game streaming experience. With the same beautiful form factor, the major improvements include a decrease in power consumption and an increase in the overall quality of streaming. For those interested in making the jump to game streaming, this exciting new device might be just enough to convince gamers to make the leap.