A lot of this conversation here revolved around price. It’s not the only thing, but it’s an important thing. RTX laptops are very expensive. The RTX 2060 laptops are starting out at around $1,500. It’s not just the price point it’s the fact that the features and benefits that you’re getting with these new RTX devices are not well showcased on laptop hardware. Let’s explain this a bit. 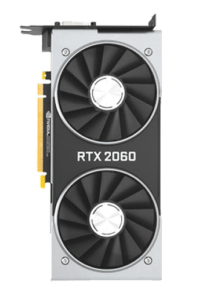 The screens on gaming laptops are usually 1080p screens at 60Hz or 144 Hz and this year you’ll see some 240Hz screens, which is crazy fast, but they are still 1080p screens. The entire gaming laptop industry is just filled with 1080p screens, which is perfectly fine for gaming. The problem is that RTX laptops showcase their stuff best as the higher resolution. Ten-series GPUs were already awesome for 1080p gaming. Look at a GTX 1060 laptop, you can play Fortnite, PUBG, Call of DutyBlack Ops 4, and all of these are more than 60 frames per second in high graphics settings at 1080p.

You can easily get higher frame rates if you drop it to medium or low graphics settings. Remember, that can be down on an $800-$900 gaming laptop. You can buy a GTX 1060 gaming laptop for $800 right now in 2019. Now, you compare that price to these new 20-series laptops, and you’ll see these 20s are really expensive and their performance increase doesn’t line up very nicely with the price increase.

Some RTX laptops support ray tracing and DLSS, but even though the graphics are playable, it’s still way too early to pick up an RTX GPU just for ray tracing graphics. More developers need to pick up on ray tracing capabilities (learn about ray tracing here).

Some of the RTX 2060 laptops are reasonably priced, though they are not cheap by any means, you are getting decent value for 1080p gaming. Anything more powerful than that, like the 20 70 Max-Q, and higher, those configurations feel really expensive. Until we get higher resolution games or way more ray trace games, I just don’t think that RTX laptops are a good value for most people.

That’s what RTX is for. It’s for higher resolution and ray trace gaming, without that, and that’s not really available right now in the gaming ecosystem that we have, and without it, it just isn’t a good fit.

Last year, in 2018, it kind of felt like the golden age for gaming laptops. We had 10-series GPUs, we had 6-core CPUs, we had really fast 144Hz panels, and all of these technologies came together and made a trifecta of really good gaming laptops. Companies were also competing with each other on price, it was a good time.

So, here we are in 2019, and companies still need to make new things and push them out on the consumer bases, but that doesn’t mean we need to buy them. The 2018 devices are so good, and last year’s GTX 10-series was already really good, almost to the point of being too good. So, right now in early 2019, there’s nothing really compelling to make me think that people should be buying 20-series laptops over 10-series laptops. Especially at their current pricing. Unless you have a ton of cash and want to be an early adopter for ray trace games, I think the 10-series laptops are a much better value.

If you are like a lot of us you aren’t running around with a ton of hardcore extra cash burning a hole in your pocket, there are ways for you to make extra money if you sell laptop for instant cash. Selling your laptop to companies like SellBroke is a game changer to off-load your used or damaged devices.