Sell Broke is the best place to sell laptops online and therefore we majorly focus on laptops in our blog. But once in a while we get our hands on fancy desktops and other cool gadgets. 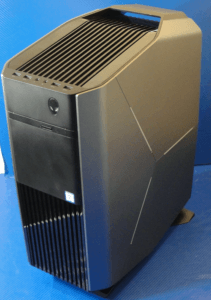 The Alienware Aurora R6 is a GTX 1080 GPU with a Core i7 processor, 16GB of RAM and 2TB of storage. The device has 4 USB Type-A ports, a headphone jack, and an audio jack. The build of this device is pretty awesome as it gives that techy feel without overdoing it. There are adjustable lights on the side of the case which you can change from the Alien effects control center. Most people would find this a particularly cool feature. 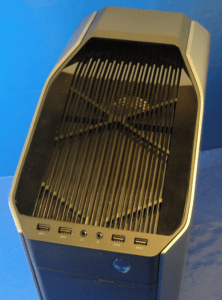 For a such powerful gaming computer it is expected it comes with a good ventilation system. And sure enough the Alienware Aurora R6 comes with well designed vents at the top of the device. From the Alienware control center you can see how the device performs real-time. Metrics to watch include the CPU sensor, ambient sensor, GPU temperature sensor, and the GPU fan monitor. From the Alienware control center, you can also set fan speeds to the levels you require which is useful when performing GPU intensive tasks. 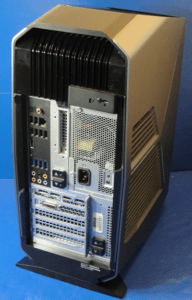 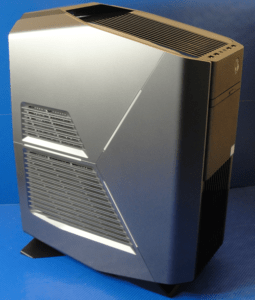