Sneak Peak at the Galaxy S10

OK, let’s talk about the new and upcoming Samsung Galaxy S10. Everyone is pretty stoked of its arrival in early 2019. The screen on the new Samsung is likely to be using the new Infinity-O screen. It’ll be notch-less, pretty much bezel-less, just an all-around beautiful screen. Instead of a notch or a bezel, you’re going to be looking at circular punched-out for the camera hole. The home screen, the regular UI, pretty much everything is going to look so much cleaner with very little bezels and no notch. It’s going to be a big upgrade from the S9 which is a really extraordinary phone. 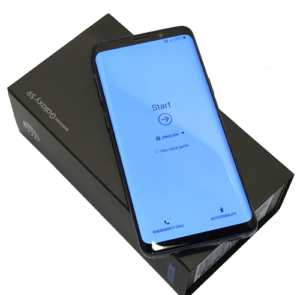 The processor on the S10 is also going to be fast being the Snapdragon 8150. They will also offer an Exynos 9820, depending on where you get it from. Both of those are going to be faster than the previous generation, but it’s not like we need a faster phone than last year’s. We want a better experience, sure, but it doesn’t really need to be faster even though newer phones are usually always going to be faster.

On the S10, it’s going to use Qualcomm’s Snapdragon Sense ID which is an ultrasonic soundwave used to map a 3D image of your print. This allows for better accuracy and better speed. In theory, this should be able to capture your print through moisture and oils on your fingertips. I can’t tell you how frustrated I get when I can’t open my phone with just a tinge of moisture on my fingers, this literally drives me up the wall.

Supposedly, the UI on the S10 is supposed to be completely overhauled. The S9 has been running Samsung’s Experience and a lot of people still feel that it’s pretty bloated. The S10 is going to be running one UI. They have betas out on this already and it’s a much better and cleaner interface. The whole idea is to make the UI less cluttered and less bloated. They also have some features to make it easier to use one-handed. They put a lot of the interactive elements lower on the screen so you don’t have to reach as far.

There are rumors of a 5G model with 12GB of RAM and a TB of storage. That sounds insane if it’s true. However, the big question remains.

So if you’re ready to sell your iPhone and switch to a new Android phone we’re here to help.