With $500 Can You Buy A Really Extraordinary Phone? 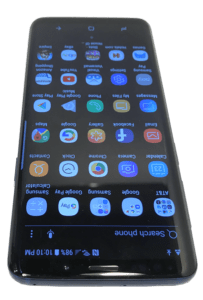 If you’re looking for a phone at the end of 2018, or you want a phone for the holidays, take a look at the Samsung Galaxy S9 because the price and quality are awesome. Apple stores sell iPhone models, X and 8 simultaneously.  You may be thinking about the One Plus 6 or One Plus 6t, they as well are awesome phones and maybe the second best that were released this year, but, if I had to name one, it’d be the S9.

When considering the awesome factor to phones, I really take into consideration the price of the equipment. Just because something is expensive, that doesn’t always make it the product good and vise versa.

The Galaxy S9 has amazing hardware and an awesome screen. it has Snapdragon 845 and while every other phone out there were trying to figure out the Apple notch, these guys went in the opposite direction and didn’t have a notch this year. It also kept its headphone jack and it has wireless charging, stereo speakers, and an awesome camera.

The Galaxy S9 and S9+ often were cheaper than the other Android phones on the new market in 2018. And many times it was a better alternative than the new phones. Why buy a gaming phone for $800-$900 when the S9 played the games just as well? Not to mention it’s a better overall phone with a really good camera.

Why buy the Note 9 when it was closer to $1,000 when the S9 was only $600, or $650 for the S9+? It just seems like the S9 and S9+ were so comparable to all of the other phones out there all the while getting cheaper by each passing month. Around the world right now this phone is available for right about $500. You can jump on Amazon and pick it up for around $520 with free shipping and a good return policy. This phone is inexpensive right now and the S9+ is only-$100 more. 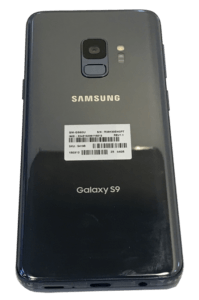 When this phone launched earlier this year it launched for about $850-$900, but it did not sell well. Because of poor sales it was obvious that people weren’t upgrading to Galaxy S9 or S9+, so in a few months the priced dropped and then now in Q4, many months later, and at the end of the year, it has come down to a very manageable price. It’s to the point where any other phone will find it difficult to give the same kind of features for only $500 or so.

No matter how you look at it, $500 for a phone like this with these features and camera is a steal, and you’re not going to find a better phone for less anywhere on the market for now.

Since it is so cheap it may be beneficial for you to sell your phone that you have now in order to get a little money to go towards the purchase of the S9 and thus making it even cheaper, that’s just something to think about as the holidays come rolling up on us. remember, there are only 21 days, 3 weeks, until Christmas. 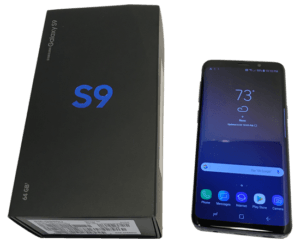