So, continuing on our jaunt with the dos and don'ts of buying a laptop it's always good to keep in mind that these are merely suggestions that we've seen a million times as for why people sell laptops. Aside from being broken or unserviceable, the main reasons we hear about why peeps are selling are the following. Remember, these are in no particular order. 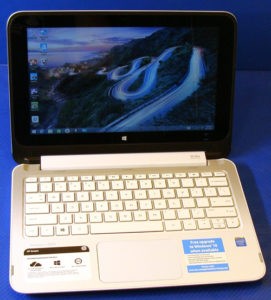 #4 - Many times when people are thinking about buying a new laptop they immediately start thinking that they want small, thin, light-weight and very portable laptops, especially those on-the-go such as students and those with mobile offices. There's nothing wrong with this mentality per se, but it's also something that you should think a little more about before just off and buying an ultra-thin type of ultrabook. These days with Chromebooks advancing their tech and always being pretty reasonable prices it's almost a no-brainer to get one. Here lays a potential problem.

A lot of times when you run out and get one of these ultrabook types of laptops you end up leaving a lot of power on the table. In order to keep these devices so small and manageable, you have to compromise on heavier hardware.

For most of the cats that just browse the web, use office type of applications consume media, that's fine and dandy; however, if you're a creative type and a content creator, you're going to need full-on dedicated video cards that these smaller laptops just don't provide. The lack of horsepower and developing potential are always the issues you run across. So, it's wise to know exactly what you need a laptop for in order to buy appropriately.

#5 - On that note of being able to buy a reasonably priced Chromebook or something similar, a problem you can also run into is buying the cheapest laptop that you can find. Clearly, by now, we've covered enough budget laptops to prove that there are some good ones out there on the market, but not everything is cut from the same cloth.

Much like leaving power on the table as you can do with an ultrabook, you can also do the same when buying the cheapest one that you "think" fits all of your needs. It may fit your needs now, but say you have a job change or some other type of change that requires more horsepower from your laptop and you just don't have it.

Or maybe you picked up a dual-core machine and you need to have a ton of apps open at one time for whatever reason and here you are needing at least a quad-core.

The moral of the story here is always be sure to slightly overestimate what you may need, but not so much to where you are over-buying when you don't need to. 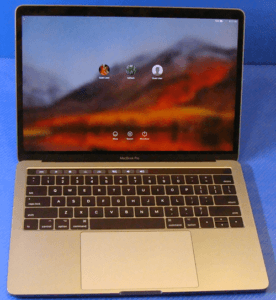 # 6 - That brings us to over-paying. This is something that you certainly don't want to ever do, but probably is the most abused thing that we tend to do.

Just because a certain laptop brands get good advertising time and you think you need all of the newest bells and whistles, this usually isn't the case. You can probably get by very well by knowing what you need in the first place in order to avoid salespeople from over-selling you.

How dope is it that you were able to pay $3,000 for a MacBook that has too much power than what you need if you're not a creator? It makes no sense to buy "the best" just because you're told it's "the best" and then you end up spending all this cash on options that go unused. I've done it man, many times, and will probably do it a few more times in life, but hopefully, not too many times more... and I'll certainly never do it for a laptop again. That's just a fact.

If that purchase is breaking your balls? More than likely you've purchased hardware that you don't need.

Stay tuned on our follow up near the end of the week, and well then slide right into the weekend. As for now, Happy Hump Day.