Today we're talking about the iPad Pro. This is a device that looks awesome in videos and photos on Apple's website. This is really a well-built piece of technology. It's an engineering marvel, it looks amazing. However, my question I have every single year the iPad comes out is, "can this be used as a laptop replacement?" That's what I'm most interested in. I would like to sell my laptop and have less tech. Being able to have something that does all my stuff I would need to, as well as being a tablet for media consumption, is the ultimate goal here. 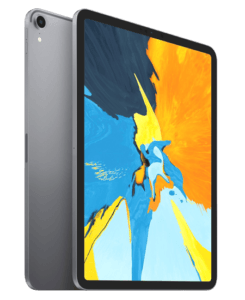 You can tell it's immediately one of the best, if not the best, media consumption devices on the market. it has a beautiful screen. The 11-inch model has a 120 Hertz screen. The colors look really good. It gets bright. It's a fantastic screen. The speakers are also really great for media consumption because they are loud and really clean. I don't know how they do it, but every year they get the speakers to be just a little bit better than the previous year.

This is also a great device for creatives, the people that use the Apple Pencil. It has very low latency. There are a bunch of different apps for it and this year the Apple Pencil has wireless charging and a magnetic connection onto the iPad itself. It makes the old Apple Pencil feel really silly. Especially, when it comes to charging it.

A more important question is, whether or not this device can be used to replace your laptop. If you're a light user whom generally just checks email and browses the web, then sure, the answer is yes. It's a very obvious yes. However, for the people that are doing just a little bit more, and I'm not talking about video or photo editing and development and stuff like that, I'm just talking about people that want to replace a laptop with this iPad, they will have to try again next year. Instead of buying a $1,000 - $1,200 laptop, you spend that money on this tablet. For that money, you are getting some new features. This year the USBC port brings some charging convenience, which is nice, and you can connect it to an external display. For some people, that's really useful, and the Face ID works very well. 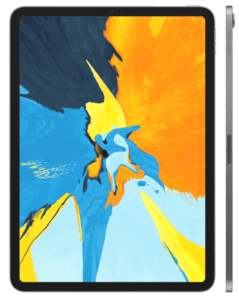 One of the most impressive features about the iPad Pro this year is the performance. This thing is incredibly fast. If you think about iPads in general, how many times in the past have you thought, "I'm being held back by the speed of my 3-year olf iPad? I wish this was faster." That usually isn't a thing for most people and that shouldn't be the focus of Apple's iPad development. What we're missing here is software. I'm not talking about apps, I'm talking about the iOS system that's holding this device back. I really feel that the OS needs a full-overhaul and every year the reviewers say it's great hardware held back by the software.

For example, if we could take the 2015 iPad Pro, a 3-year old device, if we could take that machine and put a file system on there like a traditional file system, and some kind of cursor or mouse support, everybody would be using the 2015 model and not need a super fast 2018 model. This has been an issue that's existed since its very beginning of the iPad. The moment some company out there made that first third-party keyboard that could connect via Bluetooth to the first iPad, that's when people began to look at these as a potential laptop replacement. 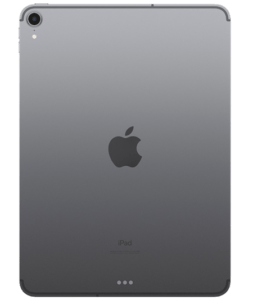 Here we are 6 years later in the exact same situation where it's great hardware, but it's held back by software. This year it's even more frustrating because the hardware is so damn good. It looks good, performs well, it's an incredible piece of hardware, but there are so few people that can actually use this as a laptop replacement. The USB-C port doesn't support external storage, there's no headphone jack and the lack of a proper file system on here makes it really difficult to interact with files you get over email and regular workflow.

In the end, it's a very cool device. However, it's just too expensive to be some kind of fun secondary device, and not yet be a laptop replacement. Since it looks so good I would love for it to be, but there are so many things that hold it back constantly that prevents it from being a truly viable laptop replacement. It's a good secondary device, but so is the 3-year old one and I don't think there's a fundamental difference in terms of usability between the two. The biggest difference in the 2018 version is its speed. The 2018 model is so much faster, but it's not the speed that is holding it back, it's the software.