Since late 2015 computer stores sell laptops from Dell that are finally good looking. Dell started the trend with the XPS 15. Before 2015 was a time where most laptops were pretty unsightly. MacBooks looked good, but most Windows laptops looked like hot garbage. They were plastic, they were thick, and if they were made out of aluminum, they didn't look particularly good. That first XPS 15 was something special: it looked awesome. It was thin, it was pretty powerful, but it had thermal limitations, and then one year later they came up with a 9560. The 9560 had the same design and it had the same issues. It had thermal limitations. 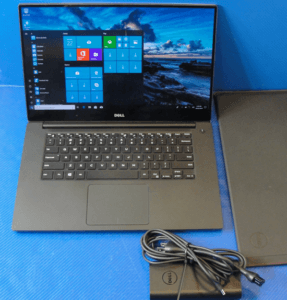 Three years later in 2018, we have the 9570. This is a different market right now. In 2018, there are a lot of good-looking, thin, light, and powerful laptops. It doesn't really stick out as being obvious for someone that wants something like this. Is it still good? It is, but there are some issues that we have with it.

The 14" x 9.25" x 6.7" laptop that costs $999.99 USD, still has a best-in-class exterior build. For a 15" Windows laptops, we still think that the XPS is the leader. It has an awesome exterior and carbon fiber feels nice. It has a soft-touch finish and it holds up well over time, so it's durable.

There's a decent port selection and the Thunderbolt 3 port finally supports four lanes on PCIe. So, if you want to connect an external GPU you're getting full bandwidth. It has an excellent trackpad, a good keyboard with white backlighting.

Once you get inside, you'll see that it only has room for a single SSD slot. There is room for a secondary drive. It's an optional kit, but it's a SATA drive, and if you get that kit you'll have to go with a smaller battery.

The speakers are ok, they aren't in the best position, they are underneath the laptop.

The webcam is still a "nose-cam". It'entered this year, but it still has that unflattering angle.

It has awesome battery life. With the screen at 250 nits, you can expect to get a full 8 hours. That's a better battery life than previous generations.

The screen is a 4k panel and we really like it. At 400 nits, 99% sRGB and 98% Adobe RGB, it's bright and color accurate. It's excellent for content creation, or for anyone that enjoys a high-resolution, high-quality screen. This is probably the best feature. 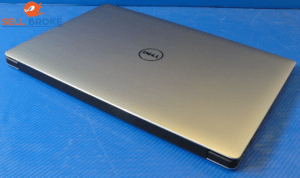 Now, let's focus the rest of this discussion on what is probably the most important feature about this device, or both of these devices, it's the performance. So, these devices have been upgraded from the previous generation by a significant amount. Both the CPU and the GPU are strong performers.

There are a few configurations for the CPU: the i5 and i7 are fast, the i9 is faster. The GPU in our tested device is a GTX 1050 Ti and it pushes out really respectable frame rates for most modern titles right now at 1080p. It's also great for Adobe content. The new XPS 15 is quite a bot faster in Premiere than last year's model.

Let's talk about thermal performance. This is a topic that really defines the XPS product line from even three years ago. If you push these devices hard for extended periods of time, you will run into thermal throttling. The i5 and i7 throttle occasionally. The i9 throttles a little bit more. It begs to question why they even put the i9 into the XPS 15 because the thermal limitations of this chassis are quite pronounced and just when you stick in a very powerful chip like the i9, you're losing a lot of the value of the i9 chip due to its poorer performance with thermal management. 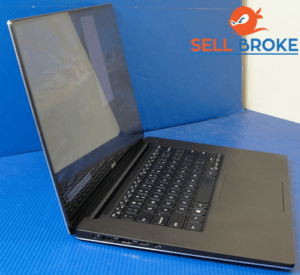 This brings up the question of whether or not this thermal stuff is a serious issue. This is our take on it. There are basically three ways to look at it. One way is to look at this thermal limitation and decide that that's a deal-breaker. But that may not be viable because there really aren't really obvious alternatives to the XPS 15. There are devices that are similar like the Razer Blade, the Aero 15, and the MSi GS 65, but none of them are quite like the XPS 15. This really is in a class of its own. Noe of them are built as well, none of them have a battery life like this the XPS; it's a unique product. If you want to find something that's like this without the thermal throttling, it doesn't exist. There are really only 2 realistic options.

1- You deal with it by repasting it and under-volting it. It's a bit of a pina, but it's a way of getting better thermal performance on the 9570.

2- The other option is to understand the XPS 15 is not a gaming machine. it's not built to run stuff at full-tilt, full-bore, 24/7.

This is a thin and light work oriented device. If Dell wanted to, they could crank up the fans and make it louder and have better thermal performance, but it would sacrifice a lot of what makes the XPS 15 what it is. Depending on what you want to do with this device, you need to make a choice between the 2 realistic options.

Here we are 3 years later from its original configuration and we are still dealing with a mismanaged thermally engineered machine. Maybe the first 2 years this would be considered acceptable, but now, 3 years later, I don't think so. Dell doesn't get a pass anymore. They need to address this situation like yesterday.