Go, Go Inspector Gadget! Cool Gadgets Under $10 That You Need

Everyone likes to have cool gadgets but not everyone is willing to pay a ton of unnecessary money for them. Let's show you 3 that we found that we think are pretty dope. And the best part about them... they are all under $10.00. 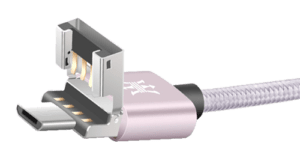 You have a full-size USB connector that can fold down and then you have a micro USB connection. On the other end, you have the magnetic tip that accepts a connector that can be used as a lightning connector or another micro USB. Basically, what's going on here is one end will always go into the device that needs to be charged and the other end either fits into a USB port on a charging brick, a computer, or if you fold it down, you can take power from one phone to another.

The small tip is meant to be permanently installed in the phone. When in an Android phone it sticks out a little bit and probably wouldn't be very useful as a permanent scenario; however, on the iPhone, it does fit flush and then now you have a great magnetic tip connector like found on the MacBooks with a MagSafe connection.

Next up is a small $7.00 device from Riimo that goes straight into the headphone jack of any phone. Sorry if you have an iPhone 7, or newer because this won't work. Anyhow, it fits right into the headphone jack and then instantly makes you phone a home remote control for TVs or set-top boxes. It's a little infrared device that broadcasts the signal from your phone to a TV or set-top box. It also comes with an app that you need to install on your phone, but it's really simple to do. Once it's installed you have a plethora of devices that it will connect to.

As with anything like this the receiver needs to have an infrared receiver. Now that it's all set up all you need to do is point and click to run your desired device. it seems to have a range of about 12-feet. So, you probably won't be sitting in a sports bar anytime soon and taking over their TVs, but in most home setups this should reach the target with no problems. 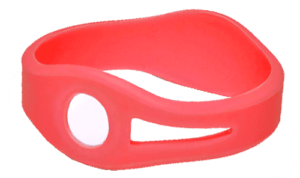 Last, we have a $5 item called the MagniBand. This is a small rubber band with a magnifying glass lens into that you cans trap around your phone and then have instant access to close-up photos taken from your smartphone device. It looks like it fits any smartphone device but it certainly won't work on something really wide like an iPad or another type of device. This will give a 4x magnification macro lens at your immediate disposal. This is a super easy and cool idea because I literally took a picture through a magnifying glass a few weeks ago when I needed to see some really tiny font print, and it wasn't even that clear when I got done with it. I wish that I had the magniBand at that time.

These gadgets are widely available at most stores that sell laptop computers, phones and electronics. They are extremely cheap and simple yet very useful.