The new Surface Pro 6 from Microsoft has received two major changes. One is a CPU upgrade this year. They've gone to 8th generation CPUs. And the other is an aesthetic change, they now have a black version. That's something that people have been looking for a while. There is also a lot of stuff that hasn't changed on this device. Is it time to sell your laptop and upgrade to the new Surface Pro? Let's find out. 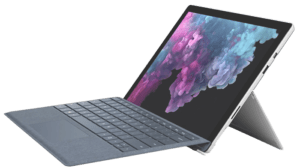 Let's talk about some things that haven't changed this year. First, it still has the same beautiful screen. The bezels are present, but that's kind of necessary on a product like this. It's running Windows 10 and because of the operating system, it needs the bezels on the Surface Pro lineup.

The keyboard, trackpad and the pen inputs haven't changed, they are still great inputs with no real issues with them. It wouldn't be terrible if the trackpad was a bit bigger, but given the constraints of the type cover, it probably can't be much bigger.

It has the same kickstand with its unlimited positions, so you can fold it back pretty far and that gives this product a ton of diversity and utility. That's what makes the Surface Pro lineup what it is today.

The speakers look to be unchanged. They're in a good spot and are usable both in tablet mode and laptop mode. They sound clean and can't really ask for more.

The ports also have not changed, and that's something that may bug a lot of people. This is a device that still doesn't have a USB-C or Thunderbolt 3 in late 2018, and that's a huge miss for many. In their defense, if you were to have a USB-C port on this device, you would probably replace the Surface connector, which is what's used to charge it. To date, we have not seen a product out there that has a well-functioning magnetic USB-C charging system. Maybe that's what Microsoft is waiting and they're trying to perfect that magnetic power delivery system through USB-C and maybe that's when they'll switch over, but right now we're stuck with the regular Surface connect.

That being said, without USB-C or Thunderbolt 3, it really limits the full potential of this device. There are tablets out there, there are 2-in-1 devices out there that do have Thunderbolt 3 connectivity. We've seen what they can do. You can plug an external GPU and this thing becomes a gaming beast. Understandable this is obviously not the main demographic of the Surface Pro lineup, but it still makes sense to have one.

The pricing is better this year. It starts at $900 for the base model, but you're getting 8GB of RAM and a 4-core CPU. The product feels like a much better longer-lasting product than last year's Surface Pro.

Things that have changed. This finish on this laptop now comes in a black finish and it looks really nice. Unfortunately, it scuffs easily and any kind of contact with a hard material has a chance to scratch or scuff that black material and it'll show because it's a matte black. That's the type of finish that shows scratches really easily. If you're going to pick up a matte black Surface Pro, it's probably best to buy a black skin to protect it.

Let's talk about performance. The drive on our particular is the upgraded one, so it's got a 256GB, it's an NVME, and it performs really well. The CPUs have also been upgraded. This year it's running 8th generation Intel CPUs and this our device is running the i5, and it's fanless, which is a good thing, or maybe a bad thing, depending on what you're looking for. If you're looking for the quiet workspace type of laptop, this is it, because it's silent. This one gives you that fanless, quad-core, i5 that's really nice to work with. However, it can get warm. It won't get burning hot, but it will get warm because a fanless i5 is going to throttle in certain applications if you push it hard enough. Things like video and photo editing large files can have issues on this particular 2-in-1 device. 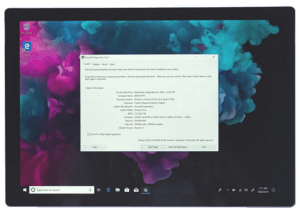 Gaming isn't great. It's running a UHD 620. Basically, nothing crazy and light games will run on this device. Anything even moderately demanding isn't going to perform well because its GPU isn't particularly powerful. The strange thing is that last year's top-end model, the 2017 Surface Pro, had a slightly more powerful GPU than this year's top model. A lot of the workflows that are going to be happening on a Surface Pro product are going to more CPU dependent than GPU dependent. For those that wanted a more powerful GPU, you aren't getting it this year.

Battery life has not changed. You're still going to get about 8-9 hours and the AC adapters also are unchanged and still has the USB port on the side of the brick.

The overall product is an upgrade, but this depends on the kind of workflow. If you're doing multi-core heavy stuff that can take advantage of that 8th gen CPU, this is awesome. Also, if you're down for the black color scheme, this is up your alley.

The overall product really hasn't changed too much. That missing USB-C and TB3 port are major misses for me. If it had a TB3 it would completely change the scenario of the Surface lineup in general. Without that port, it's an excellent option for the right person, but for most people, it's still a niche 2-in-1 product.