The XPS 13 2-in-1 is similar to the regular Dell XPS 13 laptop. However, its thinner has a 360 hinge but similarly priced. It has the same design language, aluminum top and bottom covers with soft touch covering fiber on the deck, creating a rigid feel to the device. The hinge on the device looks solid, allowing you to rotate the screen all the way around. 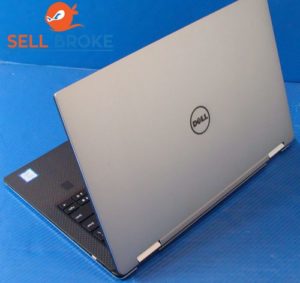 It has a good number of ports which include a micro SD, audio jack, and a pair of USB C ports, one of which supports Thunderbolt 3. There are no USB A ports, which is why the device is as slim as it is, but it comes with an adapter which is a great touch. The screen is a 1080p panel with excellent color grading, and although color grading is exactly cool, with calibration, it comes good. Also, it has super-thin bezels and is available in a QHD format. 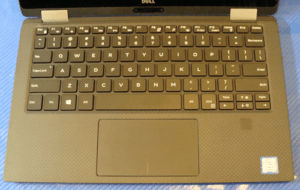 The keyboard is one area where the XPS 13 2-in-1 falls short. The travel distance between keys and the size of the keys are similar to what you would find on a regular XPS 13, but the major drawback is the page-up and page-down keys which are so squeezed together you often find yourself hitting the wrong keys. This is a big deal for persons who frequently use the arrow keys. 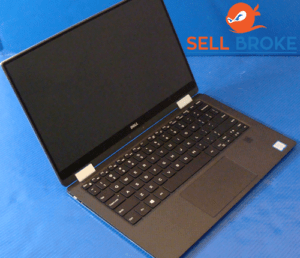 The trackpad is good, and it’s the same shape and size of the regular XPS 13. The click mechanism is solid, Windows precision drivers great has good tracking, and overall it’s a great trackpad. There’s a fingerprint sensor on the right of the device which works great with Windows Hello. The location is good, and it’s tactile which allows you to find it easily in the dark. 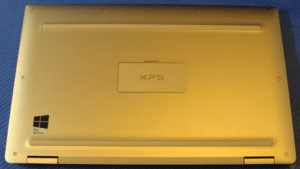 Inside the device is neat; it has an SSD slot, and the one we reviewed was the 256 SSD which makes for great speed. The 46hr watt battery takes up a huge footprint, and we get very good battery life on it; approximately 8hrs which charge up using a 50w USB C charger. It runs Intel Y processors which are fanless, and although they are normally 4.5-watt chips, if the thermo management is good enough, they can go as far 7 watts which is surprisingly good for such a low wattage chip. However, heavier tasks will still bud the cores so tasks like heavy photo or video editing can get sluggish. 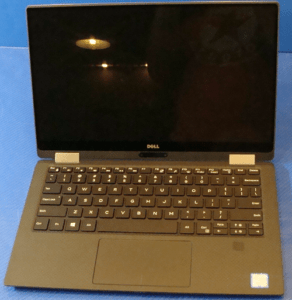 Gaming on the 2-in-1 XPS 13 isn’t great, similar to the regular XPS 13 but you can play some light games like Ciasco. However, with the thunderbolt three port, it uses a four-lane PCIe and with a couple of drivers, it can support external GPUs allowing it to support more graphic-demanding games. There’s no fan noise from this device because there are no fans and thermos isn’t bad either; there’s a cluster of warmth up top, but the armrest is mostly cool. 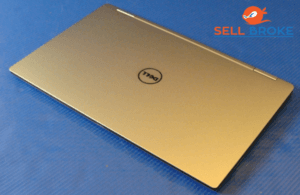 The speakers sound very similar to the XPS 13 speakers which are really good but because of their location, but when you have it in tent mode, you lose a lot of audio clarity, and you lose the stereo effect same thing in presentation mode and when in tablet mode, the sound clarity is excellent unless you are covering the speakers with your hand.

In conclusion, the XPS 13 2-in-1 starts selling at $1000. Dell decided to sell laptop and the convertible at the same price. So your choice can be based purely on your preference. The 2-in-1 an excellent device, but unless you want the tablet mode, we advise you stick with the regular notebook. 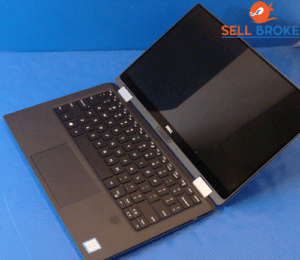