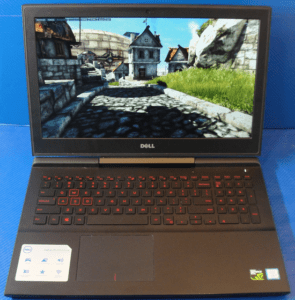 The design is subtle, red and black and you could either go with the mostly black or mostly red option. The Inspiron 7567 feels sturdy, there’s very little flex on the screen, and the chassis is solid. The only downside would probably be the hinges which are placed closer to the center meaning there’s more opportunity for the screen to twist when you turn it open. Also although the surface of the device is more resistant to scratches than the Inspiron 7559, it does carry a lot of fingerprints on touch. 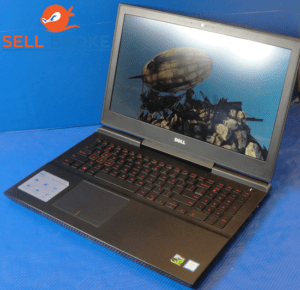 The ports are pretty standard, as it has 3 USB 3 ports, a HDMI, audio, Ethernet and an SD card slot but there’s no USB C port, so there’s no Thunderbolt 3. It’s straightforward to get inside this device; it has a single screw with 2 RAM slots now running DDR4 which means it’s faster and you can go up to 32GB. There is also a slot for a SATA SSD card and another for an HDD card both of which are replaceable and upgradable. The battery is pretty big, it’s 74W IRS and would give you 6hrs on normal use and an hour and a half on gaming. 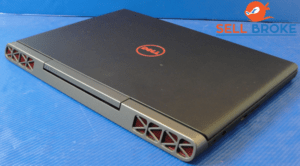 Looking at the screen, the Inspiron 7567 doesn’t have a particularly bright screen. The color calibrations are weak, and the viewing angles are poor with a very noticeable color shift when you tilt the screen up and down and left and right. The webcam is 720p which okay and the keyboard feels similar to that of the Inspiron 7559 which is a good thing as its overall great. 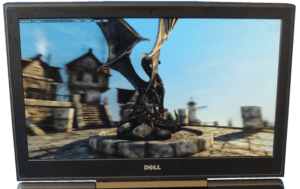 However, the extreme bottom edges are a bit pointy, so if you have a wide resting position for your forearms, this might be a bit of an issue. The trackpad is good, it uses Windows precision drivers, and although the precision is average, the click mechanism is excellent, snappy to feel and accurate. Also, the palm rejection software is great so when you palm comes in contact with it when gaming, it doesn’t read. 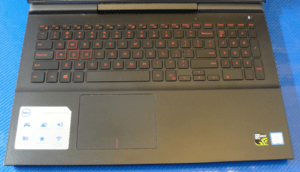 The graphics card is the Nvidia 1050 if you are getting the $800 model but for $950 you can get the 1050 TI model which comes highly recommended. The Inspiron 7567 with Nvidia 1050 TI would run most games comfortably on at least 60fps on high graphics. Also, there’s no significant CPU throttling during games, and idle fan noise is pretty quiet and even on load isn’t too bad although there’s no option to control it manually. Surface temperature is also comfortable as there are no nasty hot spots on it. 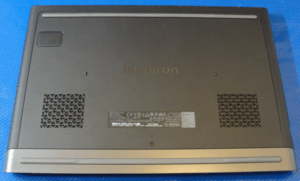 In conclusion, the Inspiron 7567 is a great budget gaming PC. For $800 computer stores sell laptop that will satisfy most gamers. For the price you get a device that plays most games at 1080p at 60fps or higher with excellent image quality and there’s the option of upgrading certain components. Overall, it’s a great device with great design, build components and performance. 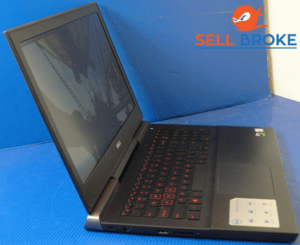