Are 5 Cameras Too Many For A Phone?

LG just announced their V40 ThinQ, their new 5 camera flagship phone. This phone is packed with new features that can make me want to sell iPhone that I’ve been using for a long time and try the Android for once.  Here are some quick specs to familiarize yourself with it. 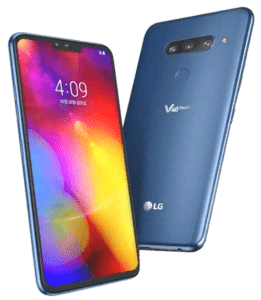 The main feature about this phone is its 5 cameras. There are 3 cameras on the back, 2 cameras up front. The 3 on the back have three different zooms. There is your standard lens, a zoom lens, and a wide-angle lens. LG two-camera phones usually have a standard and then a wide-angle, that’s what kind of made LG’s phones unique in the sense that they had wide-angle lens instead of a zoom lens to give you a wider perspective of whatever you were shooting. They’ve now added a third lens, the zoom lens. Now, this camera has a huge gamut of focal lenses to choose from when you take photos. The other thing is, they actually have a “triple-shot” function. When you take a photo you can preview all three lenses at the same time and choose which focal lens that you prefer.

Obviously, having three focal lenses isn’t super useful for everyone, but it’s something that allows you to compose your shots a little bit better. Now you don’t have to move your body so much when trying to depict your photo in a certain way. With the three lens options, they are at your fingertips.

The other two cameras of the five in total are the front-facing cameras. There is one for your regular selfies, and then another with a wider lens to capture group-type selfies.

Most people would never have had thought there would be a day where they would think that having five cameras would be useful. Realistically speaking, this probably isn’t something that everyone should be aiming for and some phones are over the top with their camera count, but with these particular cameras with 2 up front and 3 in the back, it just kind of makes sense. It’s not useful for everyone, but at least there is a utility for every single one of the cameras.

Another feature on the V40 is what they call “cine shot”. That’s basically a cinegraph making function. How this works is you take a video, mask out the part that you want to keep moving and the rest of the picture stays static. Unfortunately, this organic app is difficult to use and it’s not something that looks particularly amazing. If you’ve seen cinegraphs made with a more professional software, you can get pictures that look amazing. However, coming out of the V40 it seems that we are pretty limited. If you are wondering, yes, there are other apps out there on the market that can make cinegraph pictures, so if you don’t have the V40, you can still make those types of edits.

The audio hardware on the V40 is strong again. It has that 32-bit DAC, headphone jack and includes headphones in the box. The speaker is a mono-speaker. This isn’t something that we were expecting since so many phones this year are going with a stereo speakers. It is however still carrying the Boombox technology that they’ve carried over from the LG G7. They’ve basically used the empty space inside the device to use as a resonance chamber to amp up the bass. it does have stronger bass, but because it’s a mono-speaker you are limited to its overall sound quality. It’s loud, the bass is still relatively clean, but it’s still a mono-speaker, so if you’re using it for personal audio, it’s not so awesome, if you’re using it to fill a room with sound, it’s fine.

This year’s screen is a 6.4″ 1440p OLED panel that looks really nice. It looks better than the G7 screen for sure that’s an IPS panel. This has a kick-ass OLED panel. For those of you out there that are anti-notch, this phone has a notch. It’s not a big notch, but it’s still a notch and you can hide it in your settings and since it’s an OLED panel the blacks match pretty well, and you can customize the corners too.

The bezels around the device are not super thin like we’ve seen on other devices. Same with the chin, it’s not super thin, but it is still there.

Overall, the screen does look really nice, it has great viewing angles, it’s everything that you would expect coming from a high-quality OLED panel.

OK, the overwhelming problem with this device is that it comes with a steep price. It’s not so much a problem with the phone. It’s more of a problem of timing of their launch. This phone goes for $900 US and it’s near the end of the year, or at least it’s the Fall of 2018. If this device came out in the Spring, it would have been very price competitive with all of the Spring launched phones. Since we have so many comparable phones on the market right now and because of their launch timing, they have come down in price. This makes it difficult for people to look at this phone and think they’re getting a great deal when there are now cheaper priced phones with the same type of specs.

Basically, there are two main features on this that make it unique, the five cameras and the high-quality audio with the 32-bit DAC. If you’re someone that’s interested in high-fidelity audio, then definitely check out this phone.