Most places that sell phones in the US are starting to offer smartphones from OnePlus, Chinese manufacturer that was founded about 5 years ago. There have been a lot of rumors and leaks about the OnePlus 6T. Recently, a particularly telling photo was leaked. Now, this is a photo of what is supposedly the packaging of the upcoming OnePlus 6T. There's no way of telling if this is a real photo or some kind of faked box. However, it makes sense that this is the real box for the OnePlus 6T. There seems to be a lot of details that line up with previous rumors. 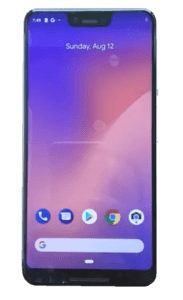 I want to draw attention to two features of this phone that are indicated on the packaging. The first thing is that teardrop notch. Over the course of 2017 and 2018, we saw a huge influx of phones with notches on them. The Pixel 3XL is looking to have an incredibly large notch, but this phone has a very, very small notch. This is actually very similar in design aesthetic to two Oppo phones, the Oppo R17, and the Oppo F9. Both of them have this kind of teardrop notch shape. This makes sense because the Oppo and OnePlus have that tie through BBK, it's sort of like their parent company.

They haven't removed the notch entirely, but they have significantly reduced its size. Visually, this phone looks so much cleaner than the original OnePlus 6 that we have on the market right now. Instead of the 83/84% screen to body ratio of the OnepLus 6, this one is moving closer to 90% screen ratio. 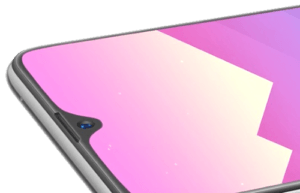 The speaker gets pushed up so instead of the traditional speaker grill in the notch that had to remove it and put a slit above the teardrop. They also did the same thing with the ambiance sensors, these teardrop notches don't have them in traditional spots.

The other interesting feature shown in this packaging is the fingerprint sensor. It's located under the display. This is technology that we have seen before from a couple of Chinese phones like the Oppo and Vivo phones. However, we've never seen one available on the North American market. The in-screen fingerprint sensors haven't been super fast like the sensors on the OnePlus 6 or any of the OnePlus phones. I guess we'll figure it out when the final product hits the market. 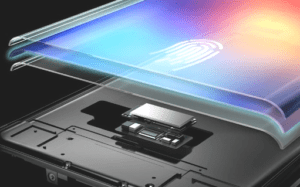 Another thing that is kind of neat, and this is something that we have known before, is that OnePlus is likely to have a carrier deal with T-Mobile for the OnePlus 6T launch. That will certainly bring a ton of brand awareness and a market awareness for OnePlus as a brand in North America.

If this packaging is legit, and the fingerprint sensor is there and the teardrop notch is actually as shown on the box, this should be a pretty big hit with North American consumers. This notch shape could have the ability to change the direction that cell phone companies in the industry are going right now. It could bring a complete overhaul to the notched look.

There is also some talk about OnePlus upgrading their dash charging to something like super dash charging because Oppo has some faster charging tech right now. It probably won't be available in the OnePlus world yet. Maybe in the 7 or future generations, but for the 6T that's coming out either in October or November, my guess is that they will stick the regular dash charging.