So, here we are now rounding into August of 2018. After checking few places that sell laptop computers we’ve seen a pretty good class of PCs so far. We’ve been able to narrow down our overall favorites into two categories: gaming and creation content. In each category, we will touch on 4 laptops that made our cut. It just so happens that in 2018 a lot of the things that gamers look for are also the things that content creators have been looking for. Given that scenario, it just happened that we’ve seen a fair amount of crossover in our laptops. 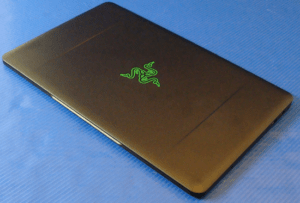 Introducing our first 4 laptops on the gaming side we have the MSi GS65. They’ve done away with the black and red accents and have gone to gold and black. It has an i7-8750H and GTX 1070 Max-Q, super thin bezels and it’s probably the best thin and light laptop that MSi has ever made.

Next up is the Aero 15x from Gigabyte with an i7-8750H and a GTX 1070 Max-Q. They really got behind their upgrade this year with faster components and a faster screen even though they pretty much left the chassis as was.

The 2018 15-inch Razer Blade also made our top 4 with its i7-8750H and GTX 1070 Max-Q setup. They beefed up the thermals and made them better, made some thinner bezels and just overall improve the entire device.

Moving on to our content creation devices for people that are more into 3D modeling, or they’re illustrators or video editors, we have the Dell XPS 15 9570. This is a product that is on its third year of an unchanged designed, but it still has a great screen. Inside it has an i9-8950HK and a GTX 1050Ti.

We also have the new ZenBook Pro with its i9-8950HK and GTX 1050 Ti. We did a review of this one earlier this year and it has the 2 screens, where one is mounted in the trackpad. It has a ton of powerful components and a cool new concept, but it’s still on a somewhat dated looking chassis.

Lastly, that brings up to the 15-inch ultrabook LG Gram. It has an i7-8550U and a UHD 620 card. It’s not as powerful as the aforementioned laptops, but it’s rocking a 15″ display at a crazy lightweight. It has a lot of room for making creative projects without having to spend on a bigger CPU or GPU.

If you notice, we did not mention the MacBook and that’s because it’s only using a 7th generation CPU and in mid-2018, that’s just not going to cut it. It does not make sense to purchase a new MacBook Pro with its i7-7820HQ and Radeon pro 560 card. When it comes to content creation, the 4-core CPUs in the MBP just don’t compare to the 6-core CPUs in the Windows laptops. Unless you’re bound to something like Final Cut or something exclusively for Apple, we just cannot in good faith recommend a MacBook Pro at this time.

I’m going to cover a few different categories then by the end I’ll basically give you, the reader, our favorite of the bunch. Let’s start with build quality. 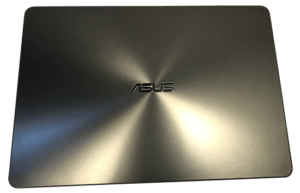 Some people don’t put too much thought into the build quality of their devices, rather they are more focused on performance and pricing. However, for me, I like for my device to last as long as possible once I make a decision to buy it, and build quality has a huge play in that.

The Dell XPS laptops are the best built of this group of eight. The carbon fiber chassis is really strong and durable. The Razer Blade is also really well-built and probably the best that it’s been built thus far. The GM501 from Asus is also very sturdy. The remaining ones are all pretty decently built as well but don’t stick out as a build quality beast. By far, the LG Gram has used the lightest materials while focussed on keeping it light and that really tends to compromise its sturdiness. That’s to be expected though.

If speaker quality is important to you the ZenBook Pro has the best speakers of this bunch. Most of the gaming laptops are pretty decent as well. The stand-alone laptop in this group with the worst speakers in the Aero by Gigabyte, they just are not good at all. Especially in comparison to the others. The XPS devices and the LG Gram are also lacking in the speaker department. The flip side here is that most gamers and content creators use headphones, so it’s kind of a moot topic for the most part.

Next, let’s talk about screens. Without getting into the weeds on specific sRGB, Adobe RGB and brightness, I’ll just list them from best to worst by the number. The best: ZenBook Pro, XPS 15 2-in-1, XPS 15, the MSI GS65 and Aero 15X and the Razer Blade tie at the 3rd spot, then the Asus GM501 and finally the LG Gram.

A lot of the gaming laptops are now using the 1080p 1440 hertz screen, it’s been a very popular 2018 screen. They are usually made by AUO and are very good screens. Though they are pretty similar they all have their own look and some people may prefer a certain texture or look over another one, so this is purely subjective.

The content creator screen tends to give a 4K option so the resolution and color accuracy tends to be a little more pointed. The XPS is still using the same screens as they did a couple years ago, but they are able to do so because it really is that good.

OK, this brings us the keyboards. Most all of these keyboards are good in their functioning capacity. Each one of them is laid out a bit differently and that is not a big deal once you begin to use them you tend to adapt fairly quickly. The problem with the keyboards that are laid out much differently than the “normal” layout is when you have to use two computers with different layouts. For example, if you have a crazy layout keyboard on your personal laptop, it may be strange to use a more normal layout at work once you get used to yours. All keyboards are going to function a tad bit different and it really comes down to customer preference and what they value most about a keyboard. but at the end of the day, a keyboard is just a keyboard.

In terms of the best keyboard in this bunch, I’d say that the GM501 keyboard. It seems to have the best feedback and a more normal layout. It doesn’t go off the edge trying to be radically different and thus earns my respect as a really well-functioning keyboard, especially with gaming. For the content creators, you’re probably going to really like the XPS keyboards.

When it comes to ports, all of them except the Dell XPS 2-in-1 all have a pretty good selection of connectivity. The GM501 has the most ports so in that regard it probably offers the best. For people that are gamers and care about the built-in Ethernet jack, you’ll find those on the Aero 15 and the MSi GS65.

The LG Gram runs a 4-core CPU without a dedicated GPU so it isn’t for the hardcore people but it is a strong device for the content creators out there. The rest of the gaming laptops are equipped with an i7 and CPU performance is strong for all of them. Under stress tests though, some of them have a harder time keeping up, namely the XPS 15. it’s a chassis that’s always had thermal limitations. It’s great for normal workloads. But if you are putting a long render through it, or are playing games for an extended period of time, it can throttle down. It’s kind of lame because there is an i9 cramped in a thermally limited laptop. It’s not a poor performer, but if it was cooled better, it would be way better off.

Because the GPU puts out a lot of heat, thermally, there are very difficult to cool. Not to mention that once they start to get to these sizes of thinness, it gets exponentially much more difficult to cool them down. The Aero 15 is probably the best at staying cool on this list of laptops; however, when doing so, it tends to get pretty loud when it cranks up. The Razer with its new vapor chamber does a pretty awesome job at keeping cool as well.

Battery life in these devices is not going to be good in any of them. Inside of the laptops we’re looking at everything between a 55 Wh battery to 94 Wh battery. As far as actual life goes with the screens set at 250 nits, you’re looking at times between 3.5 hours to 9.5, and surprisingly enough, the biggest battery isn’t the getting the longest life. The longest life goes to the LG Gram at 9.5 hours.

When it comes to pricing these laptops you’re not going to find anything cheap about these. Their prices range from $1,100+ – $2,200+ and there are certain aspects of each model that makes them price differently. So, in other words, what you may think should be a cheaper device may not actually be the case due to some crazy engineering that it has. It all depends on your dollar value price point index, and what you are comfortable spending. That being said, the MSi GS65 is probably the best bang for your buck. it’s not cheap but you do get good value for your money.

Now, for our overall picks… the number one right now in our opinion is the Razer Blade. They improved the device so much last year with better looks, better screen, better thermals, and better performance. Everything across the board is pretty solid.

Number two and three slots would go to the Aero 15x and the XPS 15. However, depending on what you are using them for, these spots could be interchangeable. We always like the XPS 15 across the board but its thermal limitations are a bit disappointing, but it’s still a great little laptop.

There, you have it, our top three of these eight very nice high-end laptops, With one of these you aren’t going to go wrong. You just have to be willing to shell out some decent coin to get one.