The Microsoft Surface was designed with the student demographic in mind. They say it is “perfect for students” although it’s neither a Chromebook nor other cheap laptop rivals, however, there’s a discount available for students. 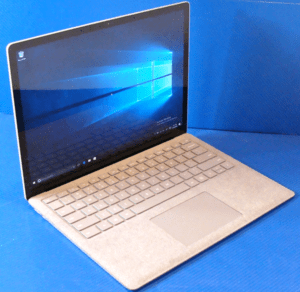 The Microsoft Surface is a cross between the Surface Pro and Surface Book with a clamshell design and keyboard which resembles that from the Surface Pro. It comes in platinum, burgundy, cobalt blue and graphite gold colors. It weighs 1.2kg with a thickness of 14.5mm and although many consider it the 12-inch version of the MacBook it is about 300g heavier although it comes with a touchscreen- something the MacBook doesn’t give you. The Microsoft Surface is incredibly portable, and it has a beautiful hinge action which means it opens and closes effortlessly. It doesn’t open as a pad would, but it would work just as well as every nice PC would.

The standout feature on the Microsoft Surface is the Alcantara fabric cover around the keyboard. This cover looks and feels just like the Surface Pro 4 Type Cover would do although one would wonder if it can seem that great in 6 months or a year. The Microsoft Surface has an excellent backlit keyboard and a glass trackpad which is very responsive. 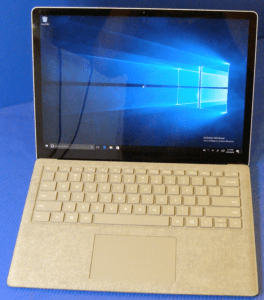 The Surface Laptop has a 13.5-inch PixelSense screen, just like you would find on the Surface Book with an aspect ratio of 3:2 against the more traditional 16:9. This aspect ratio may not be ideal for video. But it does very well with a lot of software mainly if you are working on word or spreadsheet. The PixelSense display uses a 2256 × 1504 resolution on the Microsoft Surface, generating a 201ppi density. The Microsoft Surface has a 7th generation Intel processor with 2.5GHz of processing speed. It comes in the i5 and i7 versions with the i7 version having a turbo processing speed of 3.1GHz against 2.5GHz from the i5. The Microsoft Surface laptop also comes in various capacities of memory and SSD sizes. 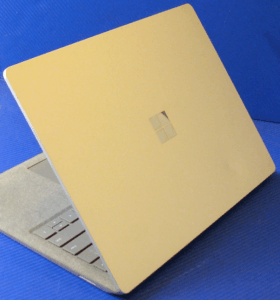 The battery life of the Microsoft Surface is impressive, and it racks up a score of 10hrs 42 mins on most of the standard battery benchmarks. This puts it in the range of laptops like the Dell XPS 13 and the Lenovo ThinkPad X1 Carbon. The laptop also uses the Microsoft Surface Connect charging standard. That means it’s compatible with about every other of Microsoft’s previous devices. 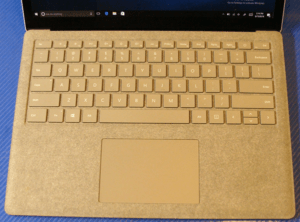 This is the part where this laptop gets a bit controversial- it runs on the Windows 10 S. According to Microsoft, this version of Windows is designed for security and performance. But the headline feature is it only permits the installation of Windows Store apps. This is probably one area where this laptop faces limitations as several users have come out to criticize the limited choices they have regarding variety and quality of apps from the Windows store. However, there is an option for migrating from the Windows 10 S to the Windows 10 Pro although Microsoft has announced some features which will allow developers to install their apps to the Windows Store. 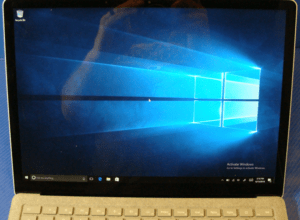 PORTS AND OTHER FEATURES

Sadly, the ports are one area where the Microsoft Surface falls flat. It has only one USB 3.0 port and one mini display port without any USB-C port. The USB-C port is essential for agile working models, and it is also critical in proofing your device since more manufacturers are working to make the USB-C their primary form of connection. Microsoft offers a dock with USB-C support, but this is an additional cost on an already pricey device.

The PC is not repairable or upgradable at all, but the good thing is that Microsoft provides quick servicing or replacement, and this is one part you don’t get to worry about too much. 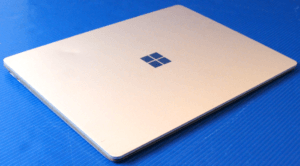 The Microsoft Surface laptop is an excellent device, and even though it may not blow you away with any new, fancy features, it delivers one of the most solid notebook experiences you can get. The keyboard is excellent, the design unique and it has a satisfyingly premium feel.