If you are in the market for a powerful gaming laptop with ergonomic screen size, the Alienware 17 R3 should probably be at the top of your wishlist. It brings together Intel’s 6th-gen Core i7 CPU and Nvidia’s 980M graphics on a 17.3-inch gaming screen, raising the bar for gaming machines. Originally going for $2,750, the Alienware 17 didn’t come with the most powerful inbuilt desktop GPU. But when connected to the optional graphics amp, it takes your gaming performance to another level entirely. 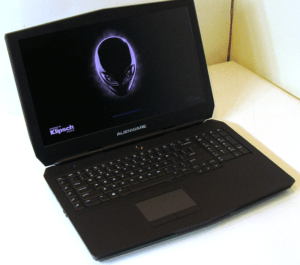 Like previous Alienware gaming PCs, the Alienware 17 design is pretty much the same. It still maintains its spacecraft-inspired panel and sleek chassis. Inside the PC, a smooth deck contrasts nicely with the space-gray exterior panels and the display from the backlit keyboards and behind the Alienware logo underneath the display. The laptop is middle heavy weight with almost 8.5-pound. At 8.33 pounds, the Alienware 17 is sleeker than most premium gaming notebooks including the MSi GT75 8RG that we reviewed recently. It's heavier than the Acer Predator that is almost an entire pound lighter, and not as sleek as the 2018 MSi GE73 Raider HIDevolution 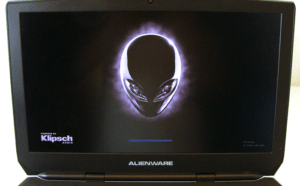 The Alienware R3 spares little when it comes to its display. The 17.3-inch UHD screen beats pretty much everything in its category in brightness and colors. The brightness of 318.6 nits is superior to screens from the Acer's Predator 17 and MSI's GT72 Dominator Pro. It is also superior in color range compared with its rivals. However, even at ultra-settings the Alienware 17 would not match 2018 gaming laptops and desktop towers that put a full-sized GPU card on-board. 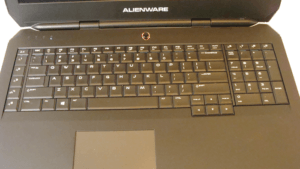 The overall performance of the Alienware 17 R3 is great. With an Intel Core i7-6820HK CPU, 512 SSD, 16GB of RAM and 1TB HDD laptop can handle pretty much anything. On Geekbench, the overall performance of the Alienware 17 was 13,906- not as good as the MSI's GT72 Dominator Pro and the Acer Predator 17. But it was very close. The Alienware 17’s 512 SSD boasts a storage speed of 508.96 MBps precisely same with the Acer Predator laptop but less than the MSI GT72 Dragon which gave impressive speeds of 848MBps. 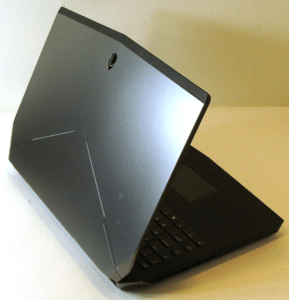 The Alienware 17-inch laptop has several amazing features which makes it a superior gaming system which includes: + A great battery life. It stays on for about 6 hours of continuous web surfing over WiFi at 100 nits of brightness. + A flexible configuration setup which includes a $300 optional graphics amp. + One year of warranty which includes onsite repair, automated system checkups and 24/7 tech support. + The Alienware Command Center which allows you to configure the laptop’s lights, keyboard macros, power settings and more. + Gorgeous 4K display and lots of ports. 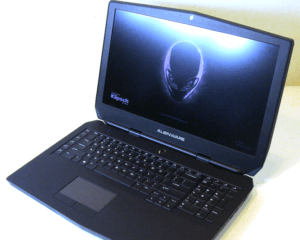 There are some shortcomings though, like: - The audio of the Alienware 17 is far from impressive. The speakers are not crisp enough, and the bass sounds muffled. - A lot more work could have been done on the ventilation of the Alienware 17. Under not so heavy gaming load, several locations on the notebook gave as much as 110 degrees. 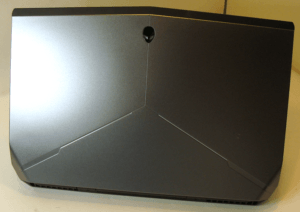 The Alienware 17 is good enough gaming rig, even when compared with more recent gaming notebooks. Its UHD screen is incredible (one of the best), it has an excellent battery life, and the graphics amp provides an extra punch, even more than laptops with desktop Nvidia 980 GPUs.