Dell's XPS laptop seems like it's been around forever. You can love it or hate it, but, it has kind of become a staple in the ultrabook market. It's a machine that has one of the best all-around performers out there. Some may say that the design was getting a little bit stale because it didn't have much of a change since 2015. It was time for Dell to do something, so, they did. It may not look much different from the outgoing models, but the new XPS 13 packs some new and improved changes on the inside and out, but not without some compromises that may make it a deal-breaker. Here's a look at the brand new and slightly improved, XPS 13.

One of the first changes that you'll see right from the start is the new color options. Now there are options for a white and rose gold combo, some people like it, others, not so much. It is a clean looking machine but the problem with the rose gold option is that it makes the infinity bezels standout in a negative way. Some may argue that it makes a premium laptop look a bit less premium. If you're not a fan of the white and rose gold option, Dell also has the black and silver still available. On a side note the rose gold color makes the Dell laptop looks like the Macbook 12 inch. 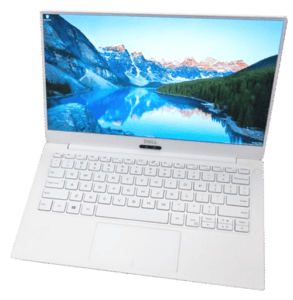 Opening this thing up we can see that not much has changed on the inside. But that's not necessarily a bad thing. We've got the same keyboard that's still super comfortable to type on and it's pretty spacious considering the whole size of this machine. It's also paired with a trackpad that has great multi-touch and gesture support, that works quite well for navigation. The webcam has been moved from the bottom left part of the bezel to a more ideal, yet still uncommon, location on the bottom center of the display. This was probably done in efforts to keep the bezels super thin. It also has the additional IR camera that makes the Windows Hello compatible. 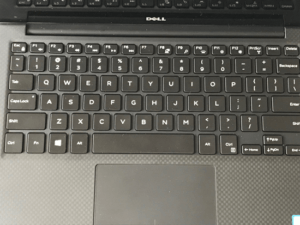 Another change on the new model, specifically on the white and rose gold version is the new material used for the wrist-rest area. The carbon fiber used on the black model is swapped for a new woven fiberglass material that's supposed to be light and durable and also withstand dirt. It does feel pretty comfortable, so that's a plus. 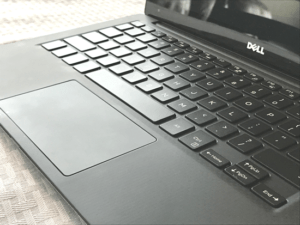 You're getting the same super high-quality display on the standard model that we saw in the last generation. If you can spend a little more money when you purchase, I'd highly recommend picking up the 4k Ultra-HD panel over the standard 1080p. Both get super bright, both look good, but that 4k panel just looks exceptionally good. 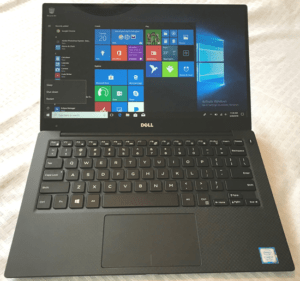 The optional fingerprint reader from last year's model has also swapped locations, it's now located on the power button. It works nice and if you're not a fan of logging on with the Windows Hello, it's a nice alternative that now comes standard. 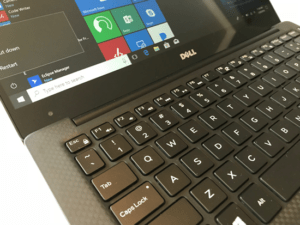 The internals of this machine has also been refreshed. Intel's latest processor sits inside giving you the ability to option up an i7 processor and up to 16GB of RAM. There's not much to say this time around about performance, the XPS handles everything really well considering those specs. On paper, you may see some specs that are yielding better percentages, but in real day-to-day use, you're not going to really see much of a difference when web browsing, movie watching or word processing. This machine is still as good, if not a touch better, than last year's model. 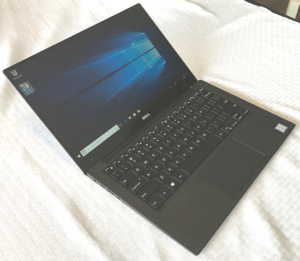 One of the other main difference in this year's XPS and last year's is the amount of I/O. The USB-A port and the Dell barrel power connector have been replaced with two Thunderbolt 3 compatible USB-C ports. They can be used for data transfers, charging and they even have the ability to run an e-GPU. When hooking up an external GPU it is basically just a plug-and-play scenario. You really get the best of both worlds. You can have an ultralight ultrabook laptop for travel and be on the go, and when you get home you can dock it with one cable and have a fairly proficient home PC with pretty decent gaming capabilities as well with an external GPU.

On the other side of the machine, Dell has swapped the SD card port for a micro SD card port. There is also an additional non-Thunderbolt 3 USB-C port and audio combo jack. 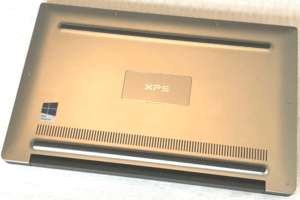 Battery life is still outstanding. The high-resolution 4k display will suck a bit more juice than the 1080p. But we were still able to get through a workday with moderate usage and the screen at 75%. If you have days where you really need to save battery performance, you can easily put it in extreme power saving mode on those days. 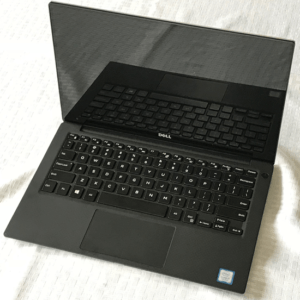 The rest of this laptop is exactly the same as previous models, and that's not a bad thing. The price for the new XPS 13 ranges anywhere from $1,000 - $2,000 USD. In every tier, though you are getting a good amount of performance for your dollar. Even with the base model having an i5, 4GB of RAM and an SSD. 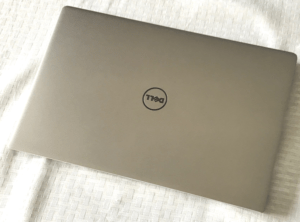 The changes made in this year's XPS 13 are fairly small. But they are changed made in the right step towards making an already great ultrabook even better. There are some compromises that Dell has made that are still annoying in terms design, the ports, and the webcam placement. However, as an overall package, you're getting an incredible machine. It is probably one of the best Windows-based laptops that you can buy in 2018. 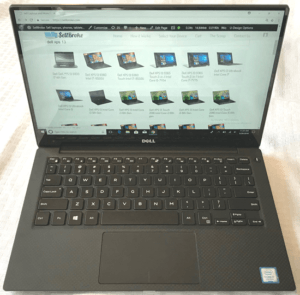