Whether you’re an Apple hater or lover, you need to know what’s really happening with the newest upgrades to the iPhone 6 line up. A lot of people have been talking about this recent situation with Apple specifically regarding the iPhone and this idea with software updates comes slowdowns with previous models.

I became aware of this just like most of you have. I’ve heard it on local podcasts and read it on my friends’ Facebook posts. And I’ve read about it quite a bit online as well. I will have to admit that when I was reading this and looking at the different screenshots of Geekbench scores and so on, I have to be honest, I wasn’t really surprised. I mean let’s look at it like this. A new phone just came out, why is mine slowing down? Is Apple trying to tell me something? Well, in short, the answer is yes. Yes, they are.

For those of you that are not familiar with the backstory, here’s how it breaks down. Apple recently put out some new software. A user on social media noticed that their device was substantially slower than it had been previously. That happened with one of the recent software updates. He ran some numbers and did some comparisons. And figured out that, yes, there had been some performance decrease in his previous generation iPhone with the new software installed. It turns out that he wasn’t alone. People were basically wondering if this was something Apple was doing intentionally. Or if it was more of a niche scenario. 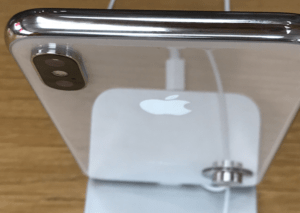 Many of us, myself included, still have and use an iPhone 6 series. Apple would love for us to go out and buy a new iPhone X as soon as it came out. They are all about you pulling out your wallet and getting on the trendy train and buying the newest model, that’s how all businesses work. They want to compel you to upgrade to the next generation and to do so frequently. The real question now is, was there, or is there something nefarious going on? Is Apple creating a scenario where your phone is not performing the way that it used to so that you have to go out then and feel forced to do an upgrade? Apple responded. They came out and said, yes, this is happening and here’s why.

I can kind of see where they are coming from. For users, like myself, who are holding onto older devices it’s possible that battery life is more important. Especially when you consider the performance enthusiasts are the ones who are more likely to upgrade to a new device, to begin with. People who are holding onto or recycling older ones might not be such power users. Of course, there could be a huge discussion about which is more important; performance or battery life. However, it’s obvious based on Apple’s statement that they’ve made their move. 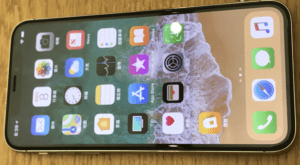 A lot of people are livid about Apple making this type of move. Especially without the general populace opinion and just making us feel like we are getting screwed. But I kind of understand why you might prioritize battery life. The real problem for me doesn’t have to do with that decision. It has to do with how Apple chose to go about it. By not making people aware in advance, or, possibly even giving them the option.

Maybe you have the older 6S and your battery has decreased from its original capacity when you get that new software update. How about a little checkbox where you can decide performance over battery life, or vise versa? The problem without presenting that option allows people on the internet to go down all sorts of rabbit holes with conspiracy theories and so on. This has already gone down that path that there are two class action lawsuits already filed against Apple. Some may consider is being a shady business practice. It could be a reason for people to not get an iPhone anymore. 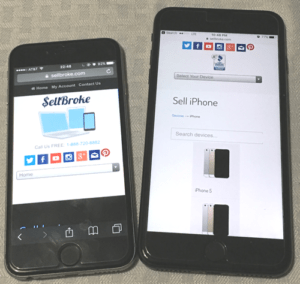 Now, at this point, I do think it’s worth noting that Apple is a brand that is under a microscope in a way other brands aren’t. At least not to the same extent. People will really look into it and try to discover these small little tweaks and unusual behaviors because a lot of these stories have legs. People want to know, and people want to report on it. It’s possible these practices are in place with other manufacturers as well. But they just haven’t been discovered yet.

In my opinion, this is something that’s become a big deal that really didn’t have to. If the opportunity existed for the user to make that selection you know probably a lot of people would have made the decision to pick battery life anyhow. One of the good side effects of Apple’s decision here is that the aftermarket battery replacement businesses are going to skyrocket in terms of activity because users think that they can simply fix the poor performance in my iPhone 6 series just by replacing the battery with a new one.