Springing back from our Christmas Holiday vacation has given us some extra time to check out some other brands that may, or may not be, worth picking up going into 2018.

This laptop has been out for a couple of months, and we’ve had it around the shop for about that amount of time as well. Here we are introducing the Xiaomi Mi Notebook Pro. For all intents and purposes, this is a really, really good laptop for the money. It starts at $900USD, and it’s packed with great performance, great specs, and a really good design. It has obviously been inspired by Apple, and “inspired” is a gentle word. They’ve done a great job building this device and there is a lot to like about it. I’ll cover some things I like about it, and a few things I don’t like about it. 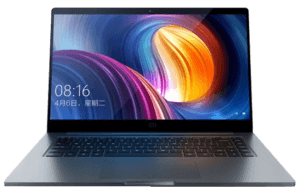 First, the build quality in this device is great. It’s aluminum everywhere, weighs 4.38-pounds, has a 15-inch screen, very minimal design, and it has almost no branding logo. The only obvious branding that you will see on this laptop is right at the bottom of the screen, and it’s a very muted look to a very well-built laptop.

Now, it does come preloaded with Chinese Windows 10 that you’ll need to wipe and re-install with whatever language you’d like. I used English and well the good thing is that the digital license is activated and this keeps you from having to purchase any separating licensing. Windows 10 Home in English worked perfectly well on this laptop.

The port selection is acceptable. There are two USB-As and HDMI, two USB-Cs, as well as an SD card reader slot. There is only one USB-C that supports charging as well as high-resolution display output. Though there is no Thunderbolt 3 support, the selection is very good.

It’s pretty easy to get inside, there are a bunch of screws on the bottom. One of them is located under one of the feet, once that one is removed as well, you’re good to go and inside. You cannot replace the WiFi card, but at least it’s a good 8065, but it appears to be built on the board. You can replace the 256GB SSD and there is room for a second SSD if you want. 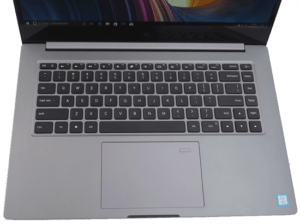 The keyboard is nice, it’s easy to get used to. It really reminds me of the older generation MacBook Pros, such as the 2015 and earlier. It has nice plush key travel and the layout is really good. Strangely a Chinese company has one of the better English keyboard layouts, but they did a good job at it.

I also like the speakers. They are positioned on the bottom, so they don’t have the best location. They sound good, but of course, you lose some of the audio clarity because it’s sitting on the table and just kind of deflects off whatever surface you’re using. 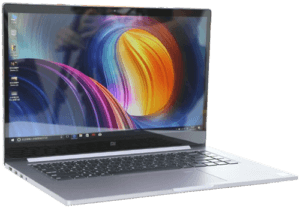 I do have mixed feelings about the screen. It’s a 1080p panel, no touchscreen, and looks pretty sharp. It’s reasonably bright at 290 nits and it’s pretty sharp. The color accuracy sucks on paper. The sRGB rates at 87% and Adobe RGB at 59%. Luckily, it looks pretty decent given the poor scores.

The battery life is really good though. This thing’s coming in at 7.5 hours of regular use with the screen at about 75%. I’ve discussed this before, but I am a fan of 15-inch laptops that use U processors, you always seem to get better battery life, and for a lot of people, it’s a good fit.

This particular model is running 16GB of RAM and an i7 Kaby Lake R CPU. For multi-core stuff in short bursts, this thing really can perform well. 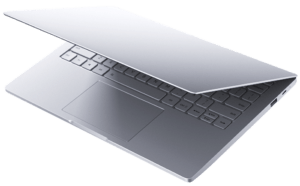 The thermals are good. They are running two fans in the chassis, which is pretty rare for a U processor. The thing is, there is so much thermal headroom with those two fans that you can bump up the waters on this thing pretty comfortably. You can hit 35-watt TDP on this thing pretty easily and that lets you sustain higher clock speed, higher boost speed, so if that’s what you want to do, this is a great laptop for that option. The fan noise at stock is pretty quiet, not that it’s a completely silent computer or anything, but it has really quiet fans.

This guy is paired with an MX 150, which is one of the best budget GPUs out there. It will give you reasonable gaming performance, and it’s better than the integrated chip from Intel. There is some decent kick when doing some 3D applications or video edits. By no means is it a beast or anything, but if you’re planning on doing some casual gaming or video editing, it’s a good option.

The few things I don’t like about this laptop are more os less nit-picky things. The first thing I don’t like is when I mentioned the build quality everything about it is good, except the bottom edge is super sharp like it feels unfinished compared to the rest of the laptop. This makes it a little bit uncomfortable to hold. The other thing I don’t love is the trackpad. 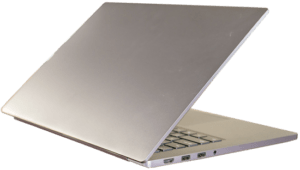 Next, the surface is a good with its glass texture that feels very similar to the MacBooks’ trackpads, but the button mechanism, I don’t love. It really requires more pressure to depress than almost any other laptop I’ve ever tested. The fingerprint location isn’t awesome either. It’s just in the way of the actual tracking stuff. It’s located on the trackpad, and though some brands this has worked out well, with this one, it simply doesn’t.

Another thing that is kinda weird is that they only give two PCIe lanes for the drive, instead of the regular four lanes. The drive that they include is a really fast drive, it’s the Samsung PM961. It’s one of the fastest OEM drives. But the speeds are crippled a little bit because of the reduced number of PCIe lanes.

Overall, this is an awesome laptop for the money. It’s such a great value that when you compare it to North American brands, or just any other big named laptop brands, it’s really hard to compare them because you are just getting so much value with this device. 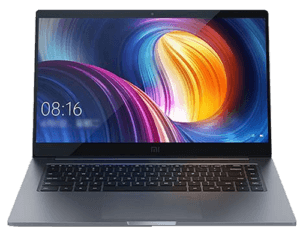