Has anyone seen the new X-Star drone by Autel? Well, neither had we until we got one here in the office. What can I say? This drone is awesome for the beginner like me. I’ve had exactly zero positive experiences with other drones in the past. They’ve always been too fragile and expensive to repair so I’ve basically have kept my distance in getting into a pretty expensive hobby that is very likely to cost tons of money in repairs. That was of course until we got this…

One of the things about this Autel Robotics X-Star drone is that it is ready to fly right out of the box. Speaking of the box, you don’t get a simple and cheap styrofoam box. You actually get a very nice box which is made of hard plastic. It also gives you a lot of additional slots so you can carry extra batteries if you have them. 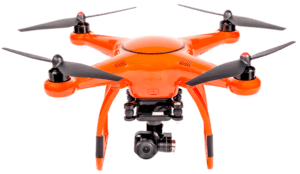 This drone comes with four propellers, one battery, and a 4K camera. This camera is easy to like because it actually detaches from the frame which is something that most drones cannot do. This is pretty useful for many reasons, one of which would be if you crashed your drone and break the camera, you can easily replace it with another one by simply detaching it from the frame. The camera is mounted on the bottom of the frame and between the frame and the camera, there are vibration isolators that allows for really smooth video footage. You also get a 64GB microSD card for giving you plenty of storage for your 4K video recording. 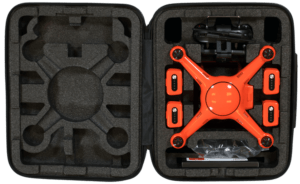 One of the things about this controller is that you don’t necessarily need a phone or tablet to fly this. You actually have a small display that gives you the information you’ll need to fly well. It has the normal buttons on the controller: propeller start button, a take off and land button, a home button, and a pause aircraft button. The home button is pretty cool because if you lose sight of your drone you can press the home button and it’ll make its way back to you safely. Also, you have your video and camera buttons, and of course, you have the controller on/off button. 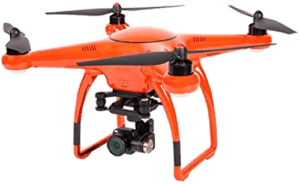 This Autel X-Star is really easy to fly, which is one of the best features of the drone. All you need to do is turn on the drone and then the controller. Your phone with the installed app goes into the phone mounting bracket and is connected to a USB to the controller. The two parts will sync and load your drone information. It tells you your battery power, video space, and other essential information. A cool aspect is that you can actually format the SD card from your phone while it’s in use. 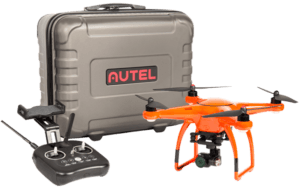 This is a very easy set up to understand. When your phone is connected to the controller you have a ton of information on the screen. Information like distance, altitude, and battery levels. It also tells you not only in battery percentages but it displays how much time you have left on the battery. This is a really helpful feature because it lets you know how much time you have to get this bad boy back nearby and on the ground safely. There are not many things worse than your drone being too far away and you not knowing how much time it has to get back to you and then just falling from the sky someplace far away from you. Nobody likes that. We all want out drones back home safely for the next time around. 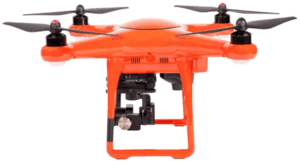 You also have a Follow Me feature. This can be pretty cool for a number of things. Say you are hiking along a mountain ridge and you want the ultimate selfie video and pictures. You simply push the Follow Me button and it will tether near you as you go along your way. Whether you want to record your adventure or just want your drone to take some awesome selfies, the advanced technology in these drones lets it follow you using the transmitter signal or even tracking you through the camera at the touch of a button, it’s that easy, just select “follow me” and the drone does the rest! 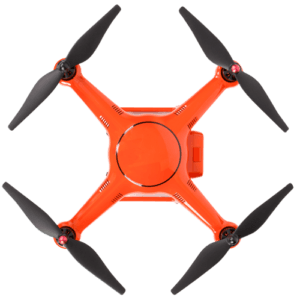 As far as pricing goes this X-Star drone from Autel won’t break your bank like other brands might. For about $700-$800USD you can pick this guy up on Amazon and have it shipped directly to your door and within days you can be set adrift and making your own video footage of your most favorite places. Drones have a tendency to run expensive, but this Autel is worth its price for value. It is sturdy and takes care of its taking off and landings for you. All you literally have to do is not crash into things while in flight. Remember to always make sure to stay within drone limits and regulations as well.

Notable Drone Rules and Courtesies:
– Altitudes should not exceed 400 feet per the Federal Aviation Administration.
– Never fly within 3 miles of an airport.
– Try not to impede on others’ privacy and respect private property.
– Get permits when it is mandatory. 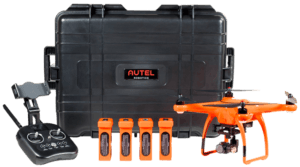