Why Should You Consider an Older Model MacBook Pro?

Are you in the market for a new MacBook but you aren’t exactly loaded with a whole bunch of extra funds? Have you ever considered buying a used one? If not, take a look at this list of reasons of why this very idea may work out for you better. Here are a few reasons why an older MacBook Pro that was made in mid-2012, as opposed to a newer MacBook Pro that was made after 2013, is a great choice still. 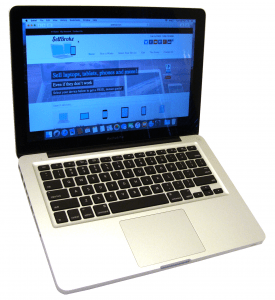 1- The first compelling reason I would mention is the price. You can actually still get this MacBook Pro brand new for about $850 – $1,000 USD, on Amazon or any other stores on the internet, maybe even cheaper if you get a great deal. Compared to the other MacBooks, that is a great deal. 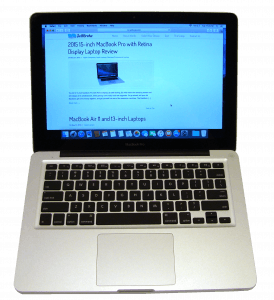 2- Secondly, I would note the battery charge indicator. This small feature can be a lifesaver. You actually wouldn’t notice its importance until you have a newer MacBook that doesn’t have one.

3- The optical drive is another mentionable. I know that many people don’t have much use for these anymore. Yet they still are necessary for a great many things. Maybe your DVD collection is becoming obsolete. But doctor offices often still use them to keep your records. Also, any type of imagery such as MRIs and X-rays are still kept on CDs. Not to mention, there may be some programs that use CDs to load their software because they need to load a huge amount of gigabytes. Imagine if you need to review medical records or load a program and you needed an external drive. That’s not awesome. 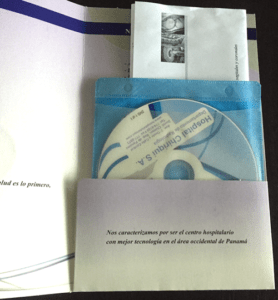 4- Portability is another mentionable. The 2012 MacBook Pro offers you a host of ports. You get an Ethernet port, an SD card reader, mini displayport, two USB 3.0 ports.

5- Another great feature is the IR receiver/sleep light. Why have a computer that you can use for presentations when you cannot use the Apple remote with it? Also, how do you know if your computer is completely turned off or it’s in sleep mode without actually having to open up the computer? 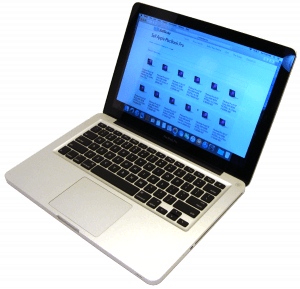 6- Another obvious feature is the dedicated power button. The newer models have incorporated the power button on the Touch Bar. I prefer a dedicated button.

7- One of the most important aspects of the older MacBook Pro is its upgradeability and repairability. On the 2012 model, you can up this machine and change anything that is broken in the machine. Say your keyboard comes in contact with liquid, you could change out the keyboard yourself. Say your trackpad took a dive. Just go ahead and order a new one from www.SellBroke.com, and install it when you get it in the mail. You can also push it up to 16GB of RAM without having to pay through the nose. Do you want an SSD upgrade? No problem, simply order one from www.SellLaptopBack.com and put it in when you receive it. 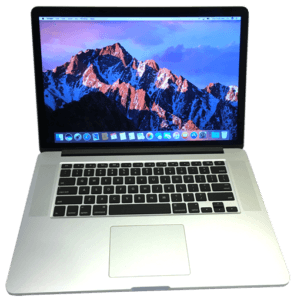 8- How awesome is the MagSafe? It is beyond me why Apple has decided to eliminate the MagSafe power connector. They literally have stepped back in time and have implemented an old-school technology. MagSafe was literally one of the best things Apple ever invented.

Now, if you want a Magsafe with a newer model computer you are going to have to buy a USB-C to a MagSafe converter, or something from a third-party manufacturer. You can find a great deal of them on eBay or Amazon, but why go through all of that hassle when it was a native component just a few years ago? Maybe Apple is banking on people using more Apple Care for people that have snapped the power adaptor off on their device. I am not sure. As far as being ahead of the game, Apple stepped back once again with this corporate decision.

9- There are also those people that want to complain about the resolution of 1280 x 800. But here is an awesome bit of advice for those people. What if you want a higher resolution screen? Simply go online and purchase an external monitor for $150, or less. And then you will have an HD screen where you can edit photos and video in the resolution that you prefer.

10- Lastly, if something were to happen to your older MacBook and you don’t want to go through the troubles of fixing it all over again, you can simply start anew again with a new 2012 model and again save yourself the money of a more expensive, less versatile model.

OK, so there you have it, a few suggestions as to why buying an older model MacBook Pro as opposed to a newer one still makes a great deal of sense in today’s laptop market. You get to save money, repair your machine if it breaks, and you are also able to upgrade the CPU and RAM as needed. Overall, it really can be a win/win scenario. 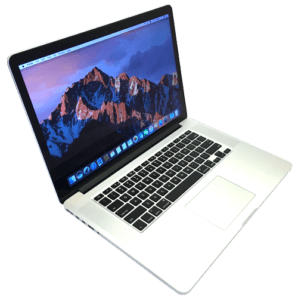