OK so here we are again on the doorstep of another budget gaming laptop, the Acer Aspire 5. Even though it can be used perfectly fine as a gaming rig, this laptop actually isn't marketed as a gaming notebook. However, it is very capable of playing most triple-A titles in 2017. 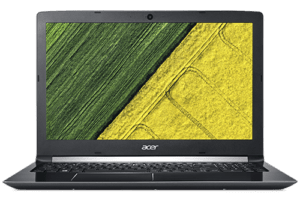 This laptop retails for about $600 USD, and sometimes you may be able to find it a bit cheaper on Amazon. That's about half the price of Acer Predator with GTX 1060 that was featured on our blog in June.

Acer packed this little guy with a NVIDIA GeForce MX 150. So, this is their graphics card that kind of replaces the 940 MX. It's really like a mobile version of the GT1030 and it's pretty good. The brain of this laptop is a 7th generation Intel Core i5-7200U 2.5 GHz. It comes stock with 8GB ram that can be easily upgraded.

Build quality on this laptop is not bad, but it is mostly plastic. It has a grooved finish on the top lid and a keyboard deck that is aluminum with a bit of flex in the middle if you put a bit too much pressure on it, but nothing abnormal. Most people don't use 10 pounds of pressure to type anyhow. It has a pretty good hinge design and if you are patient you can open it one-handed, but normally it will take two hands to open. 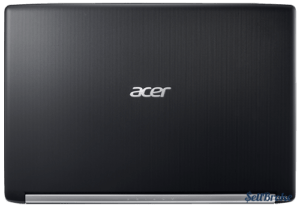 It's relatively thin and light for a 15-inch laptop at 4.85-pounds and .85-inch thick. Overall, the build quality is better than you'd typically come to expect from a $600 laptop.

This Acer has the standard port selection. It has two USB 3.0 ports and one USB 2.0. The standards these days are the USB-C ports. Unfortunately, it doesn't support Thunderbolt 3, but that's kind of expected, and there is also an Ethernet port that isn't common at all for laptops in this price range. 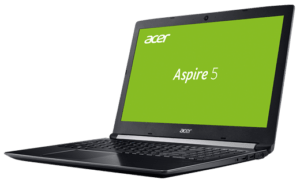 Accessing the internals is pretty easy. For the 2.5-inch drive and the memory, you can use the hatches on the bottom plate with just removing a couple screws. The standard configuration comes with 8GB of RAM. If you decide to remove the entire bottom plate you can change the wifi card and SSD. The included SSD use an SATA interface. 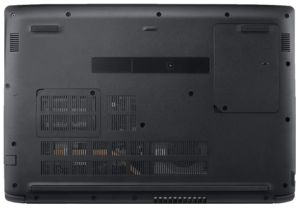 The battery is a 48-watt hour pack that will give you a bit over 5 hours of life with medium use. A lot of that has to do with the fact that this is running new processors that are more energy efficient than a lot of the quad-core CPUs that we see in the 15-inch laptops.

The screen is not amazing. it is an IPS panel with score of 65% RGB and 48% of Adobe RGB, so the color gamut is mediocre at best. The brightness is ok at 260 nits. Viewing angles are pretty good and there is no significant bleed. Ok, it's not the best screen out there, but in this price range, it is fine.

The speakers are located at the bottom and they sound below average for a 15-inch laptop, despite the True Harmony branding on the sticker. They do get reasonably loud, but the audio quality isn't great. 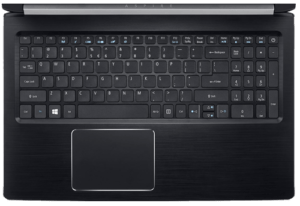 For $600, the keyboard is actually really nice. For $200 more you can pick up another gaming laptop, Acer Aspire VX15. It does feel and look much better.

If you've never used a keyboard with a number pad, the positioning can be a little bit weird. However, the keys are responsive and the layout is comfortable. Here's a big time fail: it doesn't have backlighting. It's cool that they didn't stick the red LED lighting in it to make it some sort of gaming laptop but no lights at all, well, that's just a mega fail. 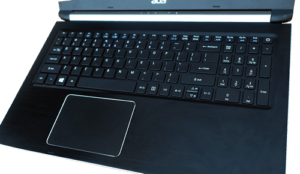 It has a Windows Precision trackpad and tracking is great and the gestures are responsive. The button clicks feel a little bit shallow and the surface is a smooth simple plastic that's not textured. But, the overall feel of it is good. it's really nice to see inexpensive laptops like this using a good trackpad software.

One thing that may annoy you a bit is the amount of bloatware they have installed. It only takes a few minutes to remove it all, but anytime you see Norton pre-installed on a computer, you should expect a ton of bloatware. 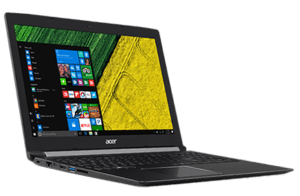 On the performance tip, the MX 150 is a 25-watt TDP chip that is similar to the power consumption of the 940 MX of the previous generation. But this time the performance is significantly better, you're looking at pretty much double the performance. In one year this category of GPU has doubled in performance using the same wattage. It's not a crazy GPU pushing out 4K games. But it's the first $600 laptop that can comfortably play games on.

This laptop uses a two-core CPU. So, some games might feel a little bit choked if they're more PCU dependent and the same with video editing. Even 1080p video edits won't do great on this just because of the CPU. There's not heavy throttling when running a stress test. The thermal management is good too, and the fan noise if quieter than normal because it's pretty easy to cool.

Here's the overall situation, the standard Aspire 5 starts at $400, but the better configuration will cost you $600. For the money, you are getting a laptop with a plastic chassis and mostly plastic paneling but with very respectful build quality. You get a 1920 x 1080p non-touch screen with a mediocre color gamut and color accuracy. The keyboard is comfortable, types well, and it's got an aluminum deck but sadly has no backlighting. The trackpad works nicely. Inside, the CPU and GPU are well matched for each other. The combo is good for school or work and delivers good performance for light to medium moderately demand gaming. The RAM and storage are easily replaced. Lastly, you get a 48-watt battery pack that squeezes in about 5 hours. 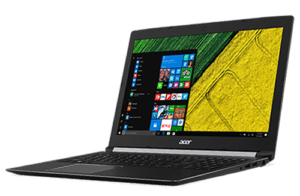