Sell Broke has been serving your needs in electronics recycling for quite a while now. The fastest growing branch of electronics are of course mobile phones. As much as we like and use iPhones we also cover other brands and encourage you to try new systems. Apple seems close to having a monopoly on mobile phones since iPhones compared to some Androids are easily dominating the market. 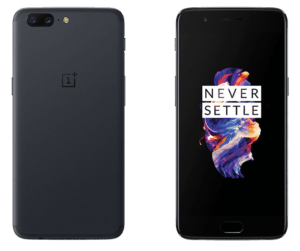 Before buying a smartphone do research if you’re not sure which one will be best for you. You can simply ready reviews online or even better go down to a local store and get to feel them in person. It will cost you some time but later may save you lots of headache. Your smartphone will be with you most of the time and will connect you with the cyber world.

What you might not know about is OnePlus’s newest phone, the OnePlus 5. The OnePlus 5 carries a lot of the same traits as its predecessor, the OnePlus 3 phone. It’s got an all-aluminum premium quality build, the fastest processor that you can get from Qualcomm and the most RAM you can get inside of a smartphone. It’s also got a couple of new tricks like a new dual lens camera to start with, but it does have a new price that’s a little bit higher than before. 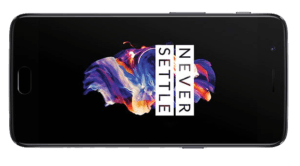 Let’s start with the basics, the OnePlus 5 costs $479.99 for the 64GB model and $539.99 for the 128GB version. That’s $40-$100 more than the 3T and it’s priced a lot closer to the other premium flagship phones from those other companies. That means the OnePlus 5 has to do a little bit more to stand out. It has the same 5.5″ 16 x 9, 1080p AMOLED display as last year and it’s fine. It’s bright, sharp and colorful and you can see it outdoors which is good. But it’s not nearly as impressive as those edge-to-edge screens that we see on Samsung’s Galaxy S8 or the LG G6.

The design of the OnePlus 5 is more rounded and curved than the squarish 3T was and it will be instantly recognizable by most people. It’s basically a slightly smaller iPhone 7 Plus.The dual camera is in the exact same spot as the iPhones and so are the curved antenna lines along the back. It also has a super-fast fingerprint reader right on the front below the screen.

The OnePlus 5 does have some unique touches like the ringer switch that makes it really easy to turn the ringer on and off. On the inside the OnePlus 5 has either 6GB or 8GB of RAM, depending on whether you choose the 64GB or the 128GB version. We’ve been using the 8GB version and it’s super fast. Everything opens really quickly, everything happens really quickly and even app installs which always seem to take forever on an Android happen to run really fast on this phone.

On the inside is also a 3,300mAh battery which is enough to last a full day with medium to heavy use. We’re typically able to get about 4 hours of screen time using it, which is good and a little bit better than average but not mindblowing.

For software, the OnePlus 5 runs Android 7.1.1 nougat with OnePlus’s modifications on top of that OnePlus software is very light and easy. it’s basically the same thing that Google uses on their Pixel phones and it’s really easy to use. They did add a couple of things. One of them is a new “reading mode” which tunes the screen to a grayscale and makes it almost look like you’re reading on a Kindle, which is really easy on the eyes. If you do a lot of reading on your phone you’re probably going to appreciate this. 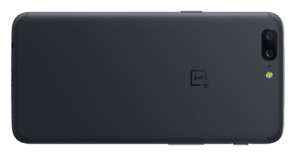 So, the OnePlus 5 has a faster F1.7 lens that has a more capable sensor and a new camera that’s right next to it that has a longer focal distance. This lets you do a couple things. You can zoom in closer to your subject, or you can do unique blurring effects like a DSLR might be able to do. Unfortunately, all that new camera tech doesn’t produce amazing images. The 16MP camera does not have optical stabilization which leads to softer images in low-light and the 20MP camera with the longer lens has smaller pixels and not as bright of a lens.

All of this adds up to lower quality images in low-light, especially compared to what you can get on an S8, a Pixel and HTC U11, or even an iPhone. To make matter worse the portrait mode that’s supposed to mimic a DSLR is more miss than hit. Far too often it blurs too aggressively or doesn’t blur all of the areas that a real camera would. Most of the time it looks pretty fake. There are other disappointing things about the OnePlus 5, such as its complete lack of water-resistance, or if you’re in the US, the fact that you still can’t use it on Verizon or Sprint.

Overall, it’s faster and better-looking than ever, but it has a failed camera gimmick and a less attractive price tag. That pricing really makes this calculus change. For just a little bit more you can get a phone with waterproofing, a better camera, and more forward-looking designs. Now, that isn’t to say that the OnePlus 5 is a bad phone. Most people would be able to look right past its iPhone-like design and mediocre camera and just enjoy its speed and responsiveness. But it does mean that the OnePlus 5 is a little less impressive than before.

No phone is perfect they break. Sell Broke will buy your broken iPhone or Android so you can pick up a new one and not to worry about the broken one. 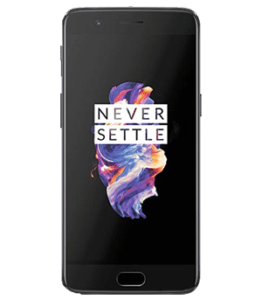