Ever since the iPhone 5S, Apple has claimed to have Sapphire Crystal as their iPhone camera lens. This includes the iPhone 6, 6S and even the iPhone SE. Sapphire Crystal is a man made material that is extremely hard and almost impossible to scratch with everyday objects. Since it ranks about a 9 on Moh's Scale of Hardness, right next to diamonds, this makes for a pretty good selling point when a company mentions that they use it. 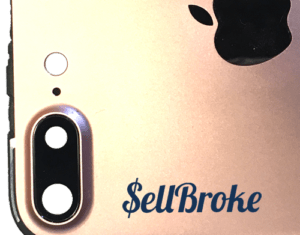 Another well-known company that uses Sapphire Crystal is the watchmaker, Tissot. Many of their watches claim to have Sapphire glass and even stamp it right on the back of their watches. Since it has the consistent claim as Apple's it is fair to test the two glass faces against each other. This is done so by using a mineral pick of different hardness values. All to determine at what point it will actually scratch. Oddly enough, the iPhone's lens began showing marks and scratches using the 6, 7 and 8 mineral picks whereas the watch face did not show any scratching until using the #8 pick. By using a diamond tester it was determined that the iPhone lens, though scratched using a #6 pick, was in fact still made of sapphire. Then why did it scratch using only a #6 pick?

By looking at both the iPhone lens and the watch face under a microscope, some interesting things were found. Keep in mind that the watch face scratched with a #8 pick and the damage was really clear under the microscope. Also under the microscope, the #6 and #7 scratches from the lens were more like fissure than actual scratches. But it was still permanently damaged to be used as a lens.  The result here is that they're made of different materials. 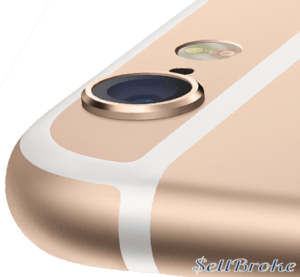 At this point, it was time to get to the bottom of this. The Moh's pick scratched the iPhone lens with a #6; the watch face was scratched at a #8 and an actual sapphire gem was scratched with a #9. So why the discrepancies? Digging into Apple's patient designing it was found that Apple specifically denoted that they use a sapphire lament on their glass lenses. Clearly to save in costs of production.

After finding this information we had to scour the internet with research and find out why the Apple lens was not as durable as the watch face. It was learned that under major microscopes and different x-ray machines, that the Apple lens was in fact not a pure specimen of sapphire. It was shown to have yielded pretty interesting numbers of different contaminants. Carbon is found in almost everything in the world, but there shouldn't be much (if any) in a pure sapphire. However, it was found that there were not only carbon contaminants but also niobium and silica. Silica is found in regular glass, and there were pretty high numbers in both silica and carbon. This proves that the lens is definitely not pure sapphire. Because it is not made of pure sapphire, it will be vulnerable to a lower scratching threshold. 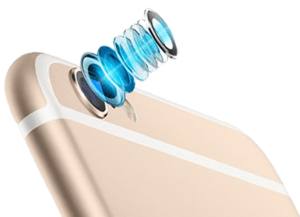 In conclusion, this lens is still a very, very well-made and designed lens. Apple made a lens that captures amazing photos. They were also able to make it a bit cheaper in order to save on production costs. Does the mean due to this engineering feat of combining different materials to a substrate that Apple then passes the savings on to the customer? I doubt it, but it saves the money on their bottom line and ultimately, that's all that they care about. However, the end result is a very nice camera lens that will tolerate probably anything that you will ever have in your pocket against damage.