Ok so maybe it’s wrong to say that any MacBook Pro sucks, but there are definitely some things that could have been better accounted for by Apple. They want to streamline everything, to include their laptops. Here are a few things we don’t like about it.

Or lack thereof. Usually during product releases laptop designers are talking about all the new things they’ve added. Not Apple. These days Apple product release seem to be about all of the things that they’ve taken out. So what was lost this time around? One of the most useful and best unique feature that Apple had going for them was the MagSafe charging port. Compared to PCs they just aren’t in the same ballpark. MagSafe rules. We all know someone who’s yanked their Windows laptop from their desk by tripping on the charging cord. MagSafe prevented that type of damage. 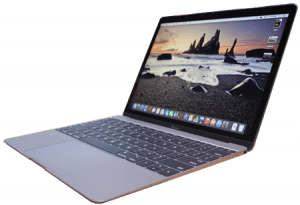 Also the standard USB-A port has been done away with. That means that any device you have that has a standard connector will not plug straight into the new MacBook. They also removed the new HDMI port which means that if you want to hook the new MacBook Pro to a projector or something, you will need another dongle.

There’s no more SD card slot. So if you are an on-the-move photographer and want to get your photos onto your laptop, be prepared to shell out some more cash for more hardware. Unlike with the new iPhone 7 and 7 Plus, we do get the keep the old 3mm audio jack. Apple claimed that the Lightning port was the new way to go and the future, but then they provide only a Thunderbolt and USB-C connectors. We are still kind of confused about that one. 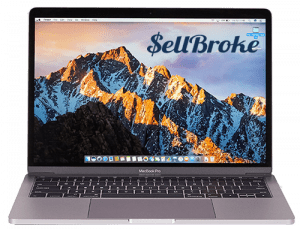 Think about this real quick: you can hook up an Android platform phone directly to your 2016 MacBook Pro, but you cannot directly connect the iPhone 7 or 7 Plus. Of course the accessories to hook up your iPhone are another purchasable item.

You should not take away older technology on devices before the newer tech is 100% ready to take over. Just think about how cars phased out the cassette deck for the CD player and then the CD player for Auxiliary and Bluetooth. They didn’t just discontinue what worked until it was implemented everywhere.

The only way any of this makes any sense is if the iPhone 8 is USB-C. But that will be a hard sell because people have already gone out and bought Lightning accessories for their current iPhones.

Your wallet will care:

Secondly, the price. The new base model 15” MacBook Pro sells for $2,268 USD! That’s without the Touch Bar and Touch ID, It’s also doesn’t have the fastest processor and it has an Intel Integrated graphics card. That means it doesn’t even have a dedicated graphics card. If you want one with better specs you can expect to pay upwards to $5,028 USD. 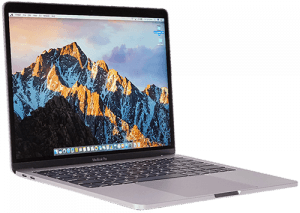 It’s really quite sad. Previous models of the MacBook Pro have been absolutely amazing machines, but in some sense it really seems like Apple has begun to lose their way. They are trying so hard to make them thin that they are sacrificing a whole ton along the way. Thin is great for the MacBook Air, but we’re talking about the Pro model here. Photoshop doesn’t care how thin your laptop is. Final Cut Pro would rather be a little bit heavier than to be kept out at 16GB of RAM. If you are in the market for one of these laptops, our advice would be to get a 2015 or older model MacBook.

Apple added a new feature called the Touch Bar and it also has the Touch ID Fingerprint Reader. Now, the Touch Bar seems to be pretty cool when it changes functions depending on which app you’re using. If you’re looking at pictures it allows you to swipe between them. If you are using Photoshop it will bring up the most commonly used tools and if using iMessage you can pull up an emoji list. However if you look at the keyboard you will notice that the entire top row of an regular Apple keyboard has been removed. Apple seems to always take things away when giving you something new. Why not just add the Touch Bar above the existing keyboard? This means no escape key, no function keys?

I guess it seems to make sense considering the direction Apple went in 2016: they are taking away functions; and there’s no escape. And you may consider selling your Macbook and going with a different brand. There are many choices available on today’s market.