Just days ago Apple had its unveiling of new MacBook Pros and various other products. During this unveiling we found the new Apple TV. But the Apple TV itself is still the same. It is the app simply named “TV” that’s making the news the past couple of days. Currently you can use your most recent 4th gen Apple TV to access the TV app. You can find the new TV app on Apple TV’s home screen. 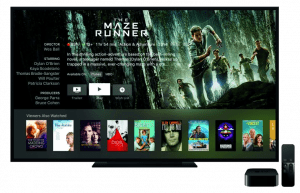 Once you select the new TV app from the homescreen what you end up with really is a new homescreen for all of the video apps you have on the Apple TV. For example, if you have Showtime, HBO Now, and Fox apps, you can now have them on one new aggregated screen. So basically you have all of your other stand alone apps from Apple TV in one place newly sorted and aggregated for easier navigation through Apple TV. You can think of this as the “continue watching” row from Netflix, applied across a multiple of apps. “Ballers” from HBO Now will be listed next to “The Mindy Project” from Hulu that will be next to “Power” from Starz.

Say you’re watching something in the Hulu app and you select Hulu from the TV app you will then fall directly into the Hulu app. And then later if you wanted to watching Game of Thrones on the HBO Now app, you can select that directly from the TV app as well. There is no reason now to sign out of Apple TV and back into your various other apps. Apple makes this transition with the home button on the Apple TV remote. Instead of going back to Apple TV’s home screen it simply goes to the TV home screen. There you will have all of your third party sources of video streaming in one easy location. 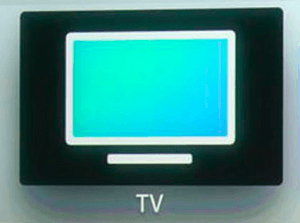 There is also a Store page, and from this page it will show you all of your other available apps. If you have a TV provider like Comcast, Time Warner or Verizon, for example, you can pick all of those apps that are supported by those TV providers. This feature may not seem like much at first. But once you realize that a one time sign in provides your credentials for every stand-alone app.

There’s no reason to have to always have to sign into each app individually. This is very nice for those of us that don’t remember our passwords. Or if you’re of the older generation. This is nice simply for the ease of bouncing back and forth among your TV provider supported apps with more fluidity.

What Apple did here was reaggregate all of your content from your cable subscription provider apps and stand alone apps. And gave you the ability to view all of the content in one easy place. However, there is one fairly big caveat here: There is no Netflix in the new TV app. As it stands now Netflix confirmed that they would not be part of the partnering system during the launching of this new app, but they also have not explicitly denied that they wouldn’t ever be in the app. But what’s known now is for at least now, you will have to download and access Netflix independently. 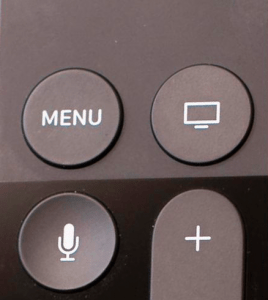 Netflix is not the only company to not be on board with the new unveiling of the new TV app. Amazon’s video (Prime or otherwise) isn’t available at all on Apple TV .And this won’t change anytime soon in our opinion. That also goes for Google Play Movie and TV, Fandango Now and Vudu. However, all of these sources do have apps for both the iPhone and iPad. And if you want to buy additional shows you must do so through iTunes.

Siri has made some improvements with this new release. Now the TV button on the Apple TV Siri remote will launch it. Apple felt that this was important enough to have the home button serve as the de-facto homepage of the device. There’s a button on the remote with a TV icon that looks exactly like the on-screen icon for the TV app. Today, pressing it returns to the main Apple TV home page, which lists all of the installed apps and games.

After the TV app launches in December that will change, ad by default pressing that button will launch the TV app itself. But if you activate Siri and ask, “what’s going on on CBS?” She will take you directly to what’s playing on the local CBS station. You also have the ability to bounce back and forth among apps in the same manner. 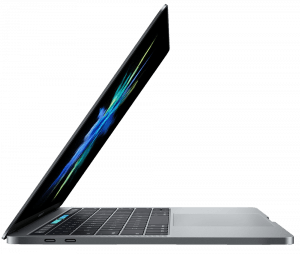 New MacBook Pros look very tempting. You can sell your current MacBook model to SellBroke and easily get cash for the new one.