The Apple iPhone headphone jack, why is it really gone? So, let’s take a look into this.

There are several reason why Apple removed the headphone jack from the iPhone 7, and surprisingly, courage, is not one of them. One of the main reasons why the headphone jack is gone is that the lighting port is proprietary to Apple. Apple owns that jack. So any company making third party accessories for that lightning port has to pay Apple in order to use it. It’s a direct revenue stream for Apple. 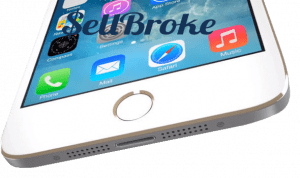 So let’s say as a third party manufacturer I want to design a new car charger, or docking station, or a charging cable for the iPhone 7 using that lightning port. I get to pay Apple royalties for each cable I make. Even though Apple is not producing or manufacturing that cable, but just because it’s using their port, I pay.

So how much does Apple make for each third party assessor sold? It’s hard to say for sure. Wikipedia estimates at about 10%, but Apple has NDA forms (Non-Disclosure Agreement) all over the place. Once you’re in their program and have signed all of their forms, you’re not allowed to talk about it or you’ll get sued.

Some websites that Apple has recently switched to a $4 flat fee per cable because it’s easier to keep track of. Lucky for you guys we are not in Apple’s MFi certification program and have not signed any of their forms. But there are several companies in China that manufacture MFi certified cables. They have said that in order to get certified it’s $550 USD per product. So let’s say I have 3 different colors of lightning cables and each of those cables come in 3 different lengths. Now I have 9 cables in total and would be subject to paying Apple almost $5,000USD to certify those 9 cables. Keep in mind these numbers are not from Apple directly, they’re just from a manufacturer in China, so take that as you will.

Obviously we here are not opposed to these fees; business is business. Apple designed their own port, and therefor Apple should get paid by anyone who decides to use their port. That’s how business works, and we are OK with that all day long. But, just for reference, HDMI ports are also proprietary, and their royalty fee per cable can be as low as $0.05USD. You can really tell which manufacturer wants you to use their product and which one doesn’t. 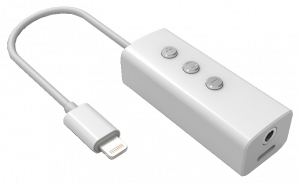 So Apple did not design the 3.5mm headphone jack. And any accessory used with the iPhone 6 and older iPhone models like 5s, using that jack, didn’t make Apple any money. Now that they have effectively eliminated that headphone jack in the iPhone 7, each and every, accessory that gets plugged into the iPhone 7, Apple gets paid for. Even if Apple doesn’t design, manufacture or produce that accessory. It’s an incredibly intelligent business decision.

Apple does legally enforce their patents, as they should. It’s common knowledge that there are those that don’t sell MFi certified cables and they get sued all the time by Apple. So Apple’s money rolls in from all directions. Now remember, we endorse Apple protecting their their design and their products, their investment and their information- that’s totally within their legal right, and we are on board with that. It’s important to protect your business assets. But it’s unfortunate they had to remove a feature such as the headphone jack just because they weren’t making money on it. Apple saw a piece of the financial pie, and they took it.

The second reason Apple got rid if the headphone jack was because of waterproofing the iPhone 7. Sealing off a 3.5mm hole in the bottom of your phone is extremely expensive, especially when you’re manufacturing millions of them. Sealing the headphone jack internally would cost Apple a lot of money. And why would they spend a lot of extra money on something they aren’t making any money on in the first place?. Life will show if getting rid of the jack will improve durability of iPhone 7.

The argument that the headphone doesn’t fit inside the phone isn’t valid either. The nice thing about designing your own phone, Apple, is that you get to decide what fits and what doesn’t.

How it affects us

So now that we know why the headphone jack is gone, let’s talk about how it affects us as customers. Let’s say you’re on a road trip with friends. Anyone who owns an iPhone 7 won’t be able to contribute to the aux cable music selection in the car unless you’re carrying around your little dongle extender.

If you’re ever been to a state fair or know any entrepreneur, they won’t be able the use the credit card reader like Square or Paypal for credit card transactions.

Just imagine that you left your headphones at home while you’re at the gym or travelling. There’s no more buying a cheap pair of $5 headphones with a headphone jack. You’ll need to buy a way more expensive proprietary, royalty fee included, pair of lightning headphones that Apple get paid for. Even if they weren’t made by Apple.

These are but just some of our thoughts, what are yours? Are you going to be willing to pay for a phone that doesn’t have the standard industry headphone jack?

Still want the iPhone 7? You can sell your older iPhone models to us and money to put toward the new phone.