Whether you are Team Android or Team iPhone anyone can appreciate a well-built phone, and that’s what we are going to find out. Can the matte black iPhone 7 survive a durability test? 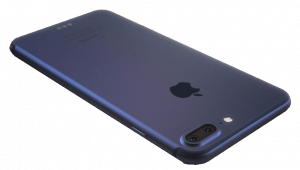 Let’s start with the scratch test. Using a set of mineral pick we can tell where the hardness of the glass falls on the Moh’s Scale of Hardness. Sapphire Glass would be around an 8 or 9 on Moh’s Scale, or on plastic screens like on the Galaxy S7 Active scratch at level 3. Normally the average smartphone will scratch at a level 6, and this appears to be the case with this new iPhone 7. It is on par with the typical flagship smartphone screen hardness. Coins and keys won’t scratch it, but you should keep it protected anyway, they are still plenty of abrasive materials in the environment hiding in your pockets of your jeans or purse that can cause scratches to the screen of your phone.

Let’s jump down to the Home Button, or better said, the “Home Touchpad,” now since it does not click anymore. There have been rumors that the home button and camera lens are made of Sapphire, which would make them extremely scratch resistant, nearing the point of diamonds, which would be awesome. Some smartphones, like the Galaxy phones, use a plastic home button that can scratch easily, but so far the iPhone 7’s touchpad can resist scratching from a razor blade. But, is it Sapphire or just normal glass? The easiest way to find out is using the hardness picks. Like I mentioned earlier glass will scratch at a 6 or 6, but the Sapphire should be around an 8 or 9. Since this button had a deep scratch with a level 6 pick we know for sure that it is regular glass and not Sapphire.

The earpiece is made of metal and is very solidly stuck in place. It won’t be sliding around or falling out like the old iPhone 4s did. Now with the back aluminum the matte black version holds up very well to keys scratching it. You can hardly tell that it’s been scratched. Razor blades on the other hand will scratch the phone just fine.

Now for the camera lens. There is a glass piece protecting the new 12MP camera inside of the phone, and it’s definitely scratch resistant which is great, the razor blade test does nothing to it. But the question remains: is it Sapphire? It still scratches deeply with a level 6 pick, so it doesn’t look like anything on this phone is Sapphire. Sapphire does have its pros and cons, but we’ll save that for another time.

Next to the camera lens we have what Apple’s calling a “Quad LED True Tone Flash”. Initially we thought that this might be four different colored LEDs, bringing even more life to pictures than just the dual colored flash would. While indeed there are four LEDs, it is still just the normal two colors that the iPhone 6 has. The flash is just brighter now because there are more LEDs, which is still good.

Checking out the build quality of the rest of the phone we find out that the buttons are metal. Which is ideal because plastic buttons tend to discolor or pop out more often than metal buttons do. So, thumbs up to Apple for sticking with quality materials. The antenna bands are still plastic, but that’s also a necessity with Apple’s design at this point in time. If you remove these antenna bands you won’t have any cellular connection.

Looking on the bottom you will see where the headphone jack doesn’t exist. This is a problem on multiple levels, but we’ll touch on that on a separate note all together. However, looking at it from purely a durability perspective this is an extremely bad move. Just like any piece of electronics, the charging port component has a finite lifespan; nothing lasts forever. It’s designed to withstand a certain amount of physical wear and tear.

This means that it could withstand 5,000 or 10,000 plugs and unplugs, nobody knows the exact answer but Apple, but essentially because Apple is combining the the headphone jack and the charging port into one, we have at least two accessories using the same single port. Doubling the rate of wear and tear. So, once this singular lightning port dies, or reaches the end of its lifespan, your phone is toast. There’s no backup either. If you are a person that has ever had a charging port stop working on a previous phone, you can sit back and watch your iPhone 7 port die in half the time. I guess you could avoid that by forking over the dough to buy the wireless headphones which is what Apple wants you to do anyhow. 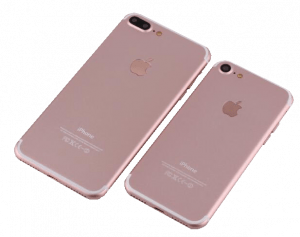 On to the burn test. The IPS LCD of the iPhone 7 lasted almost 10 seconds under the direct contact with flame, before the pixels got hot and turned off, going completely black. It is interesting to see which screens recover and which ones don’t. Samsung AMOLED screens currently turn white and do not recover from the flame. However, the iPhone 7 completely recovered and functioned as normal. It is cool to the touch within seconds.

Finally, the bend test. The iPhone 6 had a nifty little trick that would permanently match the phone to the curve of your body if you ever sat on it. The iPhone 7 does not appear to be as flexible. It is interesting to watch the waterproofing adhesive between the frame of the phone and the screen tear if you heavily flex the phone. So while the iPhone 7 won’t suffer from Bendgate or catastrophic failure, it’s probably best to still not sit on it, for the purpose of keeping the water resistance intact. Once that adhesive is torn, it will not be as resistant as it once was. Please read out our previous post on how water resistant iPhone 7 is.
Overall Apple has made another quality phone and you can appreciate its build quality.

Buying or selling an iPhone? Sell Broke is here to help.