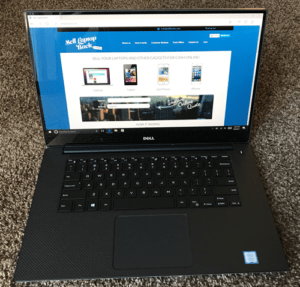 The Dell Latitude 9420 is a portable business laptop that stands out from most Dell laptops. This machine is in the same range as its competitors, such as ThinkPad X1 Yoga or the HP EliteBook x360 1040 G7. What makes the 9420 standout? A few things that we’ve found were:

But that is not all that comes within this laptop. Here is our look at the Dell Latitude 9420 2-in-1.

The design of this laptop is a sophisticated one. Before you open it, it has a close resemblance to its predecessors. It comes with a chrome fit and diamond-cut edges. The lid comes with horizontal markings and a grey finish. On opening, the laptop has a fingerprint sensor that also works as the power button.

On the left side, the laptop comes with:

On the right side:

Overall: LOOKS AND IS CLASSY

There are two models in the Dell Latitude 9420: The QHD+ and the FHD+. Which means choosing one with a better display, at the detriment of your battery life. The ComfortView Plus feature separates the blue light from the color wavelength. This is good for people that suffer from eye defects.

The picture quality of 9420 is brilliant, vivid and very bright. However, it is vital to go for a high resolution to give a better display setting.

During tests, the 9420 covered almost 89 per cent of the DCI-P3 color gamut, which makes it more colorful than most competing business laptops such as the ThinkPad X1 Yoga and the EliteBook G7. It also reached a brightness level of 477 percent nit, making it possible to be used under direct natural light.

The keyboard on the 9420 has a really solid feel to it. It has bouncier keys and comes with more travel. Yet, while the keys are below expectation, they are nicely spaced and give a solid click when you press them. During the typing test, it reached 94 percent accuracy with 115 words per minute.

The 4.6 x 2.9 inches touchpad allows easy use for all fingers without edge brushing. The cursors let you make quick gestures with its smooth glass surface. And while it would have been better for a stylus, you can get an Active Pen if you wish to draw or scribble without smudging your screen.

Overall: Trying to catch up with the others

Every workload thrown 9420 laptop was easily handled due to its 16GB of RAM and Core i7-1185G7 CPU. I was steaming multimedia, opening web browser pages, or watching several YouTube videos and it did not make this laptop lag in performance.

Using the handbrake app, a 4K video was converted to a 1080p resolution in 14 minutes, and it is pretty fast, unlike most of its competitors. Ti also scored 6,037e on the Geek bench overall performance scale.

However, the 512GB M.2 PCIe NVMe Class 35 SSD is slow as it could only duplicate 25GB of multimedia in over 1 minute at 400MB per second.

The battery life of this laptop is dependent on its display. The QHD+ ran for over 15 hours during the battery test of web browsing at 150 nits. This is pretty impressive for a business laptop, and it is better than the Latitude 9410 and the ThinkPad X1 Yoga. You can use it all day after full charge without needing to plug it into a power outlet.

The Dell Latitude 9420 2-in-1 is a premium business laptop with unique features. You get to have an incredible display and a high-resolution panel while still having great battery life. The only downside to this premium business notebook is the primary keyboard. With many unique features like durable chassis, fantastic display, and good battery life, the 9420 is useful for business, content creation, and gaming.

For more info on the latest tech or looking to replace your old tech, visit sellbroke.com.