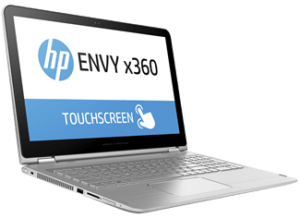 For so many years, convertible laptops have been married to Intel processors. But the HP Envy has decided to ditch the standard intel hardware for a better and newer processor (Ryzen). The x360 is stylish, portable, and light, swiftly moving between tent, tablet, and laptop modes.

The processors are better and faster than the ones of previous years. The Envy 15 is powered by a six-core chip that functions on different TDPs and low-power—Ryzen 5 4500U. This helps makers of the laptop able to quickly discern what to expect from the laptop.

The HP has given a much better processor for a lower price. Despite some setbacks in the laptop- it is an attractive option for casual use, creating content and multimedia purposes.

The HP Envy x360 15 is thicker and heavier than most laptops in its class. The design is an aluminum chassis that does not define its affordable price. It comes with a clever envy logo on the hinge and a HP logo on the lid. It has a smooth hinge movement, making it easy to transition from being a table into a laptop. Weighing at 2.86 pounds, the Envy is 16mm thick and 307mm wide.

The laptop comes with a MicroSD slot and a USB port on the right side, and a headphone jack, a USB-C port, and another USB connector on the left side.

The HP laptop has an average audio output but doesn’t come with many basses, making it good enough for moderate use.

Considering the affordability of the HP Envy x360, the keyboard is of premium quality. With a travel distance of 1.3mm, the keyboard stands firm while pressing but still feels bouncy. And it moves fast, comfortable and consistent.

The keyboard has a function row that consists of brightness, backlight, keys to mute the microphone, command center launch app, fingerprint reader and media shortcuts. It also comes with shortcuts such as key rows on the left, which consists of PgDn, PgUp, End, Home buttons with a Delete key.

This laptop comes with a 13.3-inch display and a resolution of 1080p which is lovely for its price. The HP renders a display of 77.1 per cent of the sRGB gamut at 83.5 per cent volume, and Its panel gave a 296cd/m2 brightness level. It gave a low-resolution level and not so good color accuracy. This makes outdoor work a little tricky, but it works great indoors.

The performance of the computer is a pretty fast for a laptop. It revolves around AMD Ryzen 5 4500U and has up to six cores with o multi-threading.  This sleek laptop is built in 15 W mode, and that has a lasting effect on both the battery and the performance.

It has a Vega 6 GPU with 384 processing cores and a 1,500MHz clock like most laptops. This laptop has an excellent thermal capacity and is barely loud while running. The exterior stays cool regardless of the use. Even though the CPU temperature gets to 82 degrees at its peak, it can be reduced to about 60 degrees when throttling is involved.

When tested during heavy use, the exterior remained cool, the fan still stayed silent. Still, the bottom of the laptop got a little hot. And like most of the laptop in its class, you can upgrade the storage, get a faster CPU, get more RAM and a higher resolution.

The HP has an average battery life. When tested during the work benchmark, it lasted for over 9 hours. The 51WH battery will last for 12 hours on usage with a low backlight. For content creators, the envy will definitely get you through a whole day of work.

The Envy is a laptop that gives a whole lot more than its worth. Its AMD processor, good battery life, nice budget, and excellent keyboard are some of the best options for content creators. Although it lacks some aspect—such as SSD, display, and graphics performance due to its price range, the x360 is incredible for its price. Trade in laptop that you currently own for cash with us and buy the new model.

The fact that it smoothly converts from a tablet to a laptop makes it an easy-to-use everyday laptop. Not only is it affordable, but this versatile laptop also moves smoothly and has a premium build. It is also way light compared to standard or more expensive laptops.