iPhone 12 Mini: The Sweet Spot of the Bunch 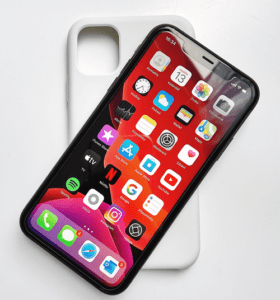 Apple launched the iPhone 12 series not quite long, and they have been a lot of talks around it. After testing and observing the iPhone 12 Mini for a while, we have decided to drop our review of the sweet mini iPhone 12. In this review, we look at the display, design, cameras, and battery life. The iPhone 12 Mini might be smaller in size than its big siblings but it doesn’t cede power in any way.

The iPhone 12 Mini is great for users who want quality and a handy phone. It doesn’t come without its complaints though, with the price seeming high for its 64GB storage and average battery life. However, these negatives don’t stop the loveliness that is the iPhone 12 Mini.

It has a versatile camera, a fantastic screen, loads of power, and the MagSafe and 5G features that seals its relevancy for years to come.

Let’s get right into the different features

The screen on the iPhone 12 Mini is arguably the best we have seen in an iPhone. Apple introduced the Super Retina XDR OLED technology to the latest iPhones for the first time and the leap is a remarkable one. The 5.4 inches screen is comfortable to use and handy.

It has a 1080 x 2340 resolution, which is better than that of the iPhone 11 and has a noticeable difference. This is the sharpest display to ever appear on an iPhone with a resolution of 476 pixels per inch. It has such an impressive brightness level and a crispy clear picture display.

Apple could do better with scrolling though, as the iPhone 12 Mini has a 60Hz display. There is also the HDR10 feature which allows more detail in light and dark areas.

The design of the iPhone 12 Mini gives it a unique look. Looking like the iPhone 4 in size, with ease of use in one hand. It has a 5.4-inch-screen despite the small size which is quite impressive. The iPhone 12 Mini is the smallest iPhone produced in a while with a 131.5 by 64.2 by 7.4mm size.

It weighs 135 grams, and easy to fit into the pocket. It has a glass rear, but it doesn’t have a slippery feel like you have on some phones. Although, fingerprints are easily noticeable on the body.

It has a good mix of color options, coming in white, red, black, blue, and green. There is the MagSafe, which are magnets inside the phone at the rear, and it allows you to use the wireless chargers and cases. Apple already has accessories using this feature.

At the rear, there is the 12MP wide-angle camera which is the standard, and the 12MP ultra-wide camera that has a 120-degree field of view. The camera options don’t include a telephoto sensor, which means the zoomed shots wouldn’t look as great unlike the ones on the iPhone Pro and iPhone Pro Max.

When it comes to multi-tasking, the processor delivered, keeping pace and doing everything we asked of it. The iPhone 12 Mini might have only 4GB of RAM, but it doesn’t perform poorly. The 4GB RAM is enough for most users.

The iPhone 12 Mini has the little issue of being capped with 256GB of storage and a 64GB base. 64GB doesn’t store a lot these days. It is easy to reach the limit within weeks of storing media and apps.

The iPhone 12 Mini has the iOs 14.2, meaning you will enjoy the benefits of Apple’s latest mobile OS.

Apple might have improved on the battery capacity in their latest iPhones, but it is not enough for all the power. It doesn’t last a whole day at full charge on high usage. The battery percentage easily drops when you use it heavily. It will perform well on average usage.

The size of the iPhone 12 Mini is one of the lures. It also comes with a lot of power and is the cheapest of the iPhone 12 series. However, when compared to other phones, it is not that cheap. You can trade your iPhone with us for cash if you don't like it and want to purchase a different model.