3 Mind-Blowing Nano Spy Drones You Should Know About 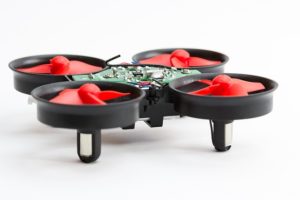 In the world we live in now, technological advancement is at its peak. It is needless to state that nanotechnology has come to stay. The drones are an example of nanotechnology devices. In general terms, drones are uncrewed aerial vehicles; a drone is simply an aircraft without a pilot

The spy drones, as the name practically imply, are used to detect the location, as well as the activity of an enemy. You definitely must have seen movies where a secret agent uses a spy drone to keep track of the enemy, cool, isn't it?

Obviously, due to the magic of modern technology, some drone models are available in the market considered the best for spying and lurking around without being spotted.

Enough of the dilly dally, let's have a look at 3 of the best nano spy drones out there you ought to know a little about.

The design of this drone makes it look almost like a hummingbird, and it flies similarly as well. The military uses it for surveillance; it has a camera fixed to a featherweight 6.5-inch body. The military wanted a drone that could fly closer to the ground, hence, the hummingbird.

It was also used in testing the limits of aeronautical engineering.

It can fly in the air for just 11 miles per hour and remain in the air for about eight to eleven minutes. This air vehicle costs DARPA four million dollars. Still, it is worth the price for being able to fly through windows and does to spy on persons without being spotted, don't you think?

This is a micro military drone developed by Norway's Prox Dynamics AS. It is used by the military forces of the U.S and France amongst other countries. The device allows armed troops to keep surveillance of potential threats. It also offers reconnaissance support to armed soldiers.

Its serial production began in 2012 after a plethora of flight tests and all kinds of tests had been conducted.

It has a rugged plastic-mounded shell; its aerodynamic shape lets it withstand stormy winds. The black hornet has three cameras hidden within its nose. It is quite small; it fits into a soldier's pocket easily; this air vehicle can be carried around by a soldier along with his ammunition.

The physics of a dragonfly 'inspire' this drone to hover in all directions on air. It was used in 2007 at a demonstration in Washington DC, flying against ceiling and walls without collapsing.

The new NASA's Dragonfly is set to hover across titan skies. It is going to be an octocopter that can survive even after losing one rotor or motor on Titan. It works on a combination of radioisotope generator and batteries for power. The Dragonfly will fly autonomously to Titan, analyzing the weather, studying seismology, and do a little bit of microscopic local analysis using LED lights.

NASA's Dragonfly drone is still in the works and should be completed around 2024 and reach Titan in 2034, according to calculations.

These three impressive drones are, however, not available to the public. Stipulated persons use them.

If you have a drone that you crashed, don't fret. You can trade a drone for cash with us, in any condition, and buy a new one.