Asus ROG Phone 3: Is the World’s Most Powerful Gaming Smartphone Worth It? 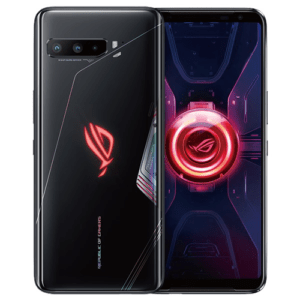 So, the Asus ROG Phone might have taken the world by storm in 2018 (okay, at least the world of gamers). However, even back then, when gaming on mobile was still regarded as a joke (some of my boys still laugh when I say I do mobile gaming), it was clear that the Asus ROG phone still had a long way to go before it was perfect. Now, I don’t want to sound too enthusiastic about the Asus ROG phone 3, but I think they are pretty damn close to perfection.

However, the processor is not the only thing that the Asus ROG 3 delivers. This phone comes with 16GB of RAM (or 12GB depending on your configuration), which is more than the RAM in most people’s laptops in the first place. Also, this phone with 512GB of UFS 3.1 ROM with no option for expansion, but who needs more ROM anyways.

It will be impossible to talk about the Asus ROG 3 without talking about the star of the show – its 144Hz display and a touch rate of 270Hz, which ensures that the response you get when you get the phone is a match for its incredible refresh rate.

However, don’t think you are stuck with just using the 144Hz refresh rate that it comes with. In fact, you have access to refresh rates of 60Hz, 90Hz, 120Hz, and 144Hz. If you are into tweaking your phone to get the most performance out of it, with the use of a few lines of code in the developer mode, you can push it to deliver up to 160Hz of refresh rate.

For most people, the 90Hz refresh rate is enough to convince their friends that their Asus ROG 3 phone has a faster screen than their Samsung S20. However, if gaming is your jam, then pick up that Asus fan attachment, kick back your chair, and put the phone in Xmode to get the best performance at 144Hz.

To be able to support all the incredible performance that the Asus ROG 3 phone offers, it needs a very big battery, and that is exactly what it has. The 6000mAh battery is one of the biggest batteries you can get on a high-end phone right now. In a video test loop run by cnet.com at 50% brightness and the refresh rate cranked up to 144Hz in airplane mode, the ROG 3 was able to last for up to 24 hours and 3 minutes. Now, I know that this phone would likely not last for 24 hours playing games at 144Hz even on 50% brightness, but it has the potential to take you a long way.

Now, while the Asus ROG 3 might not win the phone with the best camera in 2020 (not even by a stretch). It actually produces pretty decent photographs with a lot of details in good and medium lighting. However, the cameras of this phone perform incredibly well in the night or in low light situations.

In the words of Asus, “the ROG 3 uses an advanced 3D vapor chamber and a large heat sink that are precisely located to eliminate hotspots. The cooling system is incredibly effective at removing heat during full-speed operation via its specially designed vents.”

While the price of the Asus ROG 3 has not been announced but if it is around the $1000 price range of the previous Asus ROG 2 phone, which is similar to the price of most of the high-end phones available right now. You can trade in iPhone or Android phones at SellBroke.com and use the cash to purchase the new Asus. This phone is well worth it, as long as you don’t mind the gamer-eccentric look of the phone.