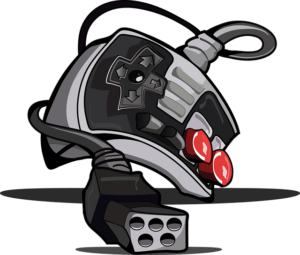 For every gamer, realism or something close to it is vital in the gaming world. Hence several innovations and graphical jumps have been made in a bid for every game lover to reach the promised land of premium gaming.

Virtual reality is one of the many advancements in the gaming world. While the Oculus Rift and HTC Vive ecosystems came out with VR gaming earlier, the PlayStation VR is Sony's own attempt at bringing virtual reality to its PS console.

It is basically a peripheral for the PS4.

The PlayStation VR is a quite affordable introduction to VR. It brings the world of virtual reality to your console in grand style and even at a cheaper cost in contrast to rival VR headsets like the Oculus Rift and HTC Vive.

Let me spare you the boring details, and let's see why the PlayStation VR deserves to be owned by a gamer like you.

Originally announced as 'Project Morpheus' in 2014, Sony's design of this gaming headset is somewhat like the clean curves of a 60's science fiction spaceship with a black front panel and rubber face mask. This innovative design makes it ridiculously comfortable and adjustable that it makes it seems non-existent as you explore new gaming worlds.

Even at 610 grams, it is the heaviest of VR headsets but feels like the lightest because of its ingenious design. The headset spots a pair of 960×RGB×1080 RGB displays- one for each eye and runs off the PS4's AMD Radeon GPU. It uses a 3.5 mm headphone jack.

The set-up is quite simple and almost impossible to mess up. Once you're in you'll see the ordinary PlayStation VR interface, this could actually be a downside as you will have to launch a game to experience PSVR's full impact.

Of course, PlayStation VR does not quite have the technical capabilities like its counterparts. But not to bother; it gives the feeling of complete immersion that is required of a top-notch VR device.

The PlayStation VR comes with a 5.7-inch panel, display resolution at 1080p. Your TV quality has absolutely nothing to do with its resolution.  However, in general, the display and quality of the VR experience is dependent on the game you are playing.

The PSVR has forgone peak resolution to prioritize running on a quite impressive 120 frames-per-second. For the price, nothing comes close to the PSVR's qualities. The bare minimum of PSVR games is 60 fps, and even though the device requires less power to double the fun and experience, a unique technique is used.

The 'reproduction' technique doubles the frame rate from 60 fps to 120. While some games run higher than 60 fps, all will feel smoother than the average 60 fps experience.

It is equipped with the capability to play quite a broad range of games of high quality.

Do you own a Playstation 4 and don't have a VR headset? Perhaps because you doubt if it's worth it, well permit me to clear your doubts as it is absolutely worth it. There are many quality games to entertain you, as it is an excellent peripheral to your PS4. If you consider going into VR, then the PSVR is the right place for you to start.