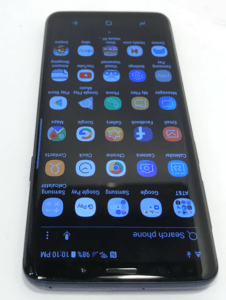 The Samsung S11 is not expected until 2020. If Samsung’s pattern of releasing and selling phones is anything to go by, we might be seeing the S11 by February 2020. However, there are rumors and leaks about what the phone will look like already in the news. We expect to see more changes and upgrade from the Samsung Galaxy S10.

In this post, we will bring to you the things we have heard and already know about the S11.

Samsung offered a 5.8-inch display for the S10e, a 6.1-inch display for the S10, and a 6.4-inch screen for the S10 Plus in 2019. As it stands, it is likely the three Samsung 11 phones follow that template. One thing we know, though, is that Samsung is planning on putting out a phone that comes with a screen that slides and pop-up the front camera when needed. However, we might not be getting it with the S11. Our mind is set at the S12 for this feature, although we have a feeling the S11 might go buttonless. As most of us expected, the bezels reduced, although the front camera is still well seated in the notch.

We do not expect any major surprise from Samsung in the S11 design. The only clue we have is that Piccasso is the codename of the S11, which doesn’t suggest anything major. We didn’t get many clues during the launch of the Galaxy Note 10 either, as it stuck to the usual Samsung template.

A lot of rumors have been thrown around about the specs and features of the Galaxy S11. Rumors emanating from China suggests that the processor chips for samsung will proceed to 5-nanometre technology quickly so as to meet up with the S11 launch. This means more speed and reduced draw on the battery.

There have been loads of predictions that the Galaxy S11 camera is going to bang hard. The latest rumors have revealed a humongous 108MP camera sensor for the rear of the Galaxy S11. This means a lot of great shots with the phone. Samsung has been known to deliver when it comes to technology for  phone cameras, and it doesn’t look like they are stopping soon – so, be excited.

Perhaps, one of the biggest rumors about the Galaxy S11 is that it will come with a spectrometer. This is a special sensor which allows the phone to run smart chemical analysis, such as measuring the weight of nutrients in food and knowing the chemical composition of the skin. That’s another exciting rumor we hope is true.

From one weird rumor to another, we learned that the S11 might come with holographic notifications that float in mid-air. We will have to see if this will come to reality, but we advise you to take this particular rumor lightly, as we are yet to get something concrete on it.

The Samsung S11 is set to launch by February 2020. We expect to see the 5G feature, as we have seen with the S10. The S11 is expected to lead us into a new dawn of Samsung phones, and we expect I to be just that.