Which Laptop Brand to Pick

Laptops; nowadays many people have one. People are buying and selling laptops, but what makes these devices so unique and special? There are various types of laptops including gaming, notebooks, business laptops, and others. Laptops are used for anything from the gaming world to business boardrooms. There are thousands of companies that manufacture laptops, but only some of them are of top tier quality. The best laptop manufacturers are (in no specific order): 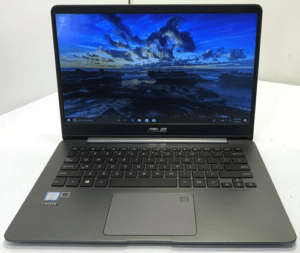 Apple makes more of a slim, light laptop/notebook that is perfect for a graphic designer, computer scientist, or freelance professional. Apple brands these laptops as MacBooks.

Asus is known both for its gaming laptops and notebooks. Asus has a superior reputation throughout the laptop industry for their quality and innovation since their laptops are always top notch as they advance each year.

Dell has been around for decades and created some of the first revolutionary computers in the early 1980s. This has established Dell a phenomenal reputation, which explains why their products are still thriving.

Many other companies make outstanding products, but these are some of the best that are available right now.

In today’s world, there are two central operating systems: Windows (PC) and Mac. People are always debating about operating systems, but for consumers it comes down to personal preference. If you have never bought or used a computer, it might be tough to choose an operating system.

Here are the main differences between the two:

These two operating systems have been competing against each other for over two decades. The ratio of PC to Mac’s sold is around 20:1, meaning for every twenty PC’s sold there is one mac sold. This may seem like a significant gap in sales, but PC’s are manufactured by multiple companies while Mac is only manufactured by Apple.

The laptop market is ultra competitive so it may be overwhelming to pick a manufacturer/laptop. This intense PC and Mac rivalry is not going anywhere and will most likely be a rivalry for the next few decades as laptops keep advancing. Every few months, a new laptop or advancement update is being released. Laptops and technology are quickly becoming the future of our daily interface, and it is essential for you to take advantage of laptop right now!