Four Reasons You Should Recycle Your Computer 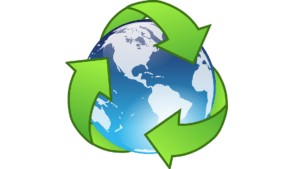 We’ve been taught since grade school that recycling is an important part of saving our environment. Certainly, that’s true now more than ever. The entire world is manufacturing and buying new gadgets at an alarmingly increasing rate. Though we might be indulging in our electronics more than before, we haven’t been taught how to properly dispose of our old cell phones and laptops.

So, here are four good reasons why you should take your old laptops to an electronics recycler and do your tiny part of helping the environment. We hope by the end of this article you will be convinced that taking the time to recycle your laptop instead of throwing in the trash is the best decision.

Most electronics, especially laptops and cell phones, contain trace amounts of rare earth metals. They don’t amount to much, so don’t expect to make your life’s fortune from harvesting these bits of metals. Nonetheless, it’s enough that we should mention this.

These rare earth metals are in high demand. Despite what you may think, it’s not because of their monetary value, either. These metals are used in precision electronics like medical equipment. Mining and processing these metals are expensive! It’s far easier to recover them from older electronic devices and recycle them. There is an entire recycling sub-industry devoted specifically to recovering these rare earth metals because of how much they are needed.

How often do you replace your cell phone? For many people, that answer is about every two years. Americans have been trained by the big four cellular companies that we should replace our mobile devices with a new, better version every two years. What happens to our old devices after we upgrade, though?

Most people might say that they save it as a spare, hand it down to children, or give it to a friend that needs one. That device never lasts another two years, though. Eventually, it will end up in a landfill or an incinerator.

When you think about it, that’s a lot of devices! There are roughly 300 million people in the United States alone. That means that almost 150 million cell phones end up in the garbage every year. On top of that, many large businesses have a two to three-year lease and refresh cycle on their PCs. That means thousands of PCs for a single business could potentially be trashed every two years.

Of course, laptop and desktop PCs aren’t the hot selling item they used to be. Consumers today are holding on to them longer, or instead switching to simpler devices like tablets. That doesn’t mean that older equipment needs to end up in a landfill. The common computer from as far back as seven years ago can serve a new college student very well.

Which Leads to Proper Disposal

These electronic gadgets do not break down in landfills easily unlike a cardboard tube or a tissue box. It can take thousands of years for that process to occur. The more devices that can be properly recycled or refurbished and kept out of landfills, the better.

We mentioned that computers have trace amounts of rare earth metals. They also have large amounts of more common substances also, but these materials are hard to manufacture and expensive to make.

A good portion of the PC is made of silicon. That Silicon can be re-processed to make other electronic parts or even medical supplies. The filaments in capacitors can also be re-used. Likewise, the chemicals inside the batteries can be used to make new batteries.

Why should we make it a priority to re-use these materials? They can be toxic to the environment. Though it might take multiple lifetimes for computers to break down in a landfill, as they do, they can leach trace amounts of hazardous waste into the soil which slowly makes its way to the rest of our environment.

Refurbish PCs to Help Others

Have you ever heard the phrase that one person’s junk is another person’s treasure? That couldn’t ring truer for laptops.

Though new laptop sales might be flat, or even on the decline, people still need and want them. Most people don’t want to spend $1000 or more on a new PC, especially when a gently used, older PC will work just fine.

Before you start selling your laptop, though, you should probably think about refurbishing it. The refurbishment process involves multiple steps. For instance, the hard drive needs to be properly wiped for safety and privacy reasons. Simply formatting it won’t do the trick. The laptops battery needs to be tested to ensure it holds a proper charge.

I didn’t mean to go on a long diatribe explaining how you should refurbish your PC. In fact, that’s not even a complete list! Proper PC refurbishment takes time and technical know-how. Many PC recyclers are trained to do this. Did you know that many small towns have non-profits or local businesses that will take your old PC, perform this process for free, and donate them to needy people or churches? It’s worth considering this option when it comes time to ditch that old laptop.