The role of cybersecurity in modern life reared its head earlier this week in the United States when the city of Philadelphia in Pennsylvania announced that it was the victim of a massive virus intrusion on its computer systems. The invasion was apparently so thorough and debilitating that the city government was forced to disable all online functions for its court system which include e-filing options for lawyers as well as other legal services. 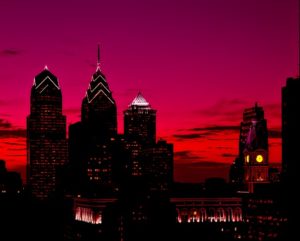 Image by David Mark from Pixabay

In an unprecedented move, all of this occurred right before the long Memorial Day Weekend holiday in the United States and there’s no guarantee that things will be back up and running anytime soon according to numerous press reports.
That could result in some pretty unmitigated chaos when courts reopen next week. Shutting down these functionalities and websites was part of the city’s plan to combat the spread of the virus according to Philadelphia City spokesman Mike Dunn when speaking with Law.com.
“The team is working on restoring all functionality as quickly as possible.,” Dunn said in an email obtained by the prominent legal website.

A tweet from the courts themselves acknowledged the issue and gave lawyers reassurance that filings not completed due to the system being down would be able to get more time due to the fiasco.
“The judiciary is aware of the system outage and if filing deadlines are missed, the outage can be referenced if needed,” the tweet said.

Before the holiday weekend, court employees were helping people file court paperwork manually and time stamping the documents for the event that the online system comes back. XPAN Law Group co-founder and managing partner Rebecca Rakoski was quoted by Law.com as saying how this incident just reinforces the need for robust cybersecurity in all areas of life.

“Cybersecurity is a huge issue today and everybody realizes we are all at risk; there is no group without risk or not subjected to risk. Everyone needs to be hyper vigilant,” she said.
Interestingly, this incident has also highlighted how cybersecurity crimes are different from your average, run-of-the-mill criminal act. Bringing an entire city’s legal system to its knees, the Philadelphia Inquirer argues that this incident highlights the need for a different kind of court for cybersecurity criminals because the impacts can be so much more varied – and destructive.
This isn’t a simple case of hacking for fun. It’s a serious, serious crime and the legal community of Philadelphia is an interesting test case for pursuing more rigorous protections of online filing systems in the future.

Meanwhile, the headache for Philadelphia continues. The goal is to have everything back up and running by next week but the team behind the task has yet to outline an official timeline for repairing the system.
And no one is blaming them for going slow with this task, either. Containment of the virus is the order of the day while tomorrow will certainly bring a lot of changes beyond just upgrading security systems for the Philadelphia courts.

Whether you’re i Philadelphia or anywhere in the US and Canada remember that you can recycle your laptop and other electronics with SellBroke.