Our world seems to be moving at an ever-quicker pace, and technology is no different. We find ourselves at a point in time where there is always breaking news in the world of computers. Keeping up with such a blisteringly fast-paced industry can be difficult, even for industry experts.  In an effort to help you make sense of these ever-changing devices, we’ve taken the time to curate a list of some of the top stories we’ve seen throughout the computing industry in recent weeks. 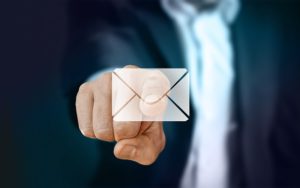 From Google working to make artificial intelligence less bias to announcements surrounding Apple’s much anticipated WWDC 2019, we’ve got plenty to cover. Let’s jump right in so you can get up to speed.

Google is seeking to make artificial intelligence bias a thing of the past. At the corporation’s annual Google I/O conference, executive Sundar Pichai discussed research seeking to gain insight into how Google’s artificial intelligence algorithms work and view the world. Specifically, Google is hoping to ensure that their tech doesn’t reinforce negative bias factors that exist in the real world.

Specifically, a technology dubbed testing with concept activation vectors, or TCAV, was announced. In short, this solution is designed to make sure that models don’t assume doctors or male or other popular stereotypes, even if the underlying data suggests this is the case.

Everything We Know About Apple WWDC 2019 (So Far)

Apple has announced most of the details surrounding their WWDC for 2019, and needless to say we are excited. We are currently less than a month away from the event scheduled for June 3 through June 7 and expectations are growing. If we are to believe the rumors, it sounds like Apple may be introducing new hardware, in addition to sweeping changes for iOS and MacOS software.

For those interested in attending, the event will once again be hosted by the McEnery Convention Center in San Jose, California. However, tickets are pricey, so we suggest skipping the crowds and tuning into the live stream when the event kicks off in the morning.

If you work for a decently sized company, chances are you’ve had to deal with regular requests to change your password. Well, as it turns out, Microsoft recently stated that such outdated approaches to information security are nearly useless. In fact, this practice could be making your passwords even less secure. Most users either write down their passwords (since they must frequently change) or make small edits to their current passwords that are barely noticeable.

However, it is important to note that Microsoft isn’t the first to note that this practice is pretty much pointless. Cybersecurity experts have been complaining for ages that mandatory password changes aren’t worth the added effort. While Microsoft hasn’t fully removed this feature from use as of today, admitting that password resets are useless (which is something that most normal people understood) is a step in the right direction.