Are the Intel Processor Constraints Holding Apple’s Next Macbook Air Back?

If you’ve been wondering where the next-gen Macbook Air is, you’re not the only one.

And, in what can only be termed deja vu, the company responsible for the delay is none other than Intel, the same company behind the 2016 model launch delay. 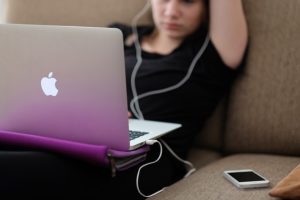 Image by Pexels from Pixabay

At least that’s what Apple brass hinted at during the reveal of the second quarter of 2019’s financial results.

Tim Cook outlined how Mac revenue overall had declined from $5.7 billion to $5.5 billion year over year with the implication being that the delayed Macbook Air contributed to this lower figure.

Analysts reading between the lines see even more of an impetus on Apple’s part to start developing its own chips for future models, especially since Apple’s competitors have typically had no problem securing Intel’s latest and greatest.

Like we said, the 2016 incident saw Apple in a position where its competitors were selling the top-of-the-line chips from Intel while it had to sit on its hands and wait.

For a company predicated on premium offerings, this isn’t an acceptable market position to be in at all.

Naturally, if Apple were to announce such a move, it would likely happen at WWDC this year.

That said, $200 million is not a small amount of money to lose based upon the delay of a product.

If bringing the project in house could help avoid this kind of situation in the future, then Apple might pursue that path.

Of course, those of us with longer memories will remember that Apple was one of the few companies to stick with Motorola and their Power PC chips before making the (some would say inevitable) switch to Intel’s more universally accepted chips.

Bloomberg is reporting that the first ARM-based Apple Macbook could show up as soon as next year and they point to the performance leaps made by the A12X used in the iPad Pro as an example of what could be in store for an Apple chip laptop.

Still, some people note that, as powerful as the A12X is, it isn’t professional grade material and people who use their laptops for intensive tasks won’t be satisfied with that kind of performance.

Nonetheless, Apple is reportedly plunging ahead with that among other projects. The company is also unhappy with Intel’s progress on the 5G front.

It would seem like the laundry list of reasons as to why Intel and Apple aren’t working out in the immediate future are piling up by the day.

But analysts love to read the tea leaves, and they’re often wrong.

Should Apple develop their own processors?

That’s why people with real skin in the game point out that Apple’s severing of ties with Intel would be a stupid move and that we shouldn’t expect that anytime in the near future.

In fact, it would probably take Apple quite a while to build its own bespoke chips that are on par with Intel’s offerings. Instead, people think that the rocky relationship will continue with increasing supplementation from Apple’s own in-house designs where appropriate. As a result of the delay some people decide to sell Macbooks in favor of buying other Windows or Chrome based laptops.