Every PC gamer wants a huge, bright, glowing tower as a testament to their gaming prowess. However, the huge price tags associated with desktops and peripherals such as monitors, and keyboards can dissuade some from PC gaming. Two trends in 2019 show that gaming laptops are making huge strides to not only fill the gap between those that want to PC game and those that can’t afford maxed-out desktop rigs but also attract working professionals that want to game on the go. That said gaming laptops sell in higher quantities every year. Here are three gaming laptops from 2019 that exemplify these trends. 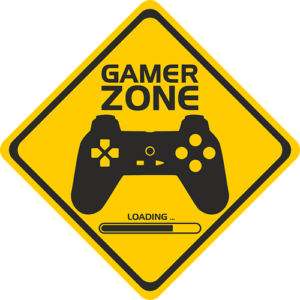 Image by DG-RA on Pixabay

This desktop-in-disguise packs quite a mobile punch. Containing a desktop-grade, overclockable processor, an unlocked Nvidia GeForce RTX 2080 TI, and a 17-inch, 4K display. This beast is one of the most interesting gaming laptops we’ve seen in recent years, as it is an honest attempt at moving gamers away from towers and onto a laptop.

The brilliant 4k display is likely to capture the hearts of those gamers that love pretty graphics. One thing desktop enthusiasts like to argue is that they can be upgraded, which makes them superior to laptops. The Alienware Area-51M features upgradeable CPU and GPU, allowing gamers to upgrade their gear as time goes on, something not available to all gaming laptop owners.

Built bulkier than the MSI GS75 Stealth, the ASUS ROG G703 boasts comparable stats to both other two laptops listed here. Latest 8th gen Intel Core processor and 8GB GeForce RTX 2080 are two of the highlights. However, what’s most impressive about the ROG G703 is the HyperDrive Extreme storage system, which uses technology exclusive to this system to combine 3 solid state drives into one RAID 0 system. This system boasts read rates of up to nearly 9,000 MBs, the fastest seen in a laptop. This laptop is going to be great for those gamers that have a passion for not only the game but also their ability to travel and work on the go without slowing down.