Google Plans To Extend Instant Tethering To The Non-Google Android

Google’s Chromebook is undoubtedly an exciting operating system, but users complain of its offline usability. Over the years, this offline usability has improved a whole lot, but to get the most out of your Chromebook, an internet connection is crucial. Thankfully, their connectivity is superb, as you can easily connect to your Wi-Fi or tether to a mobile hotspot.

However, in 2017, Google took a bite of Steve Jobs’ Apple to implement their version of one of the MacBook’s killer features that allows easy mobile connectivity; a feature Google calls Instant Tethering. Google’s Instant Tethering feature allows you to connect to your phone’s hotspot automatically; you only need to turn on the device for it to connect to your hotspot. 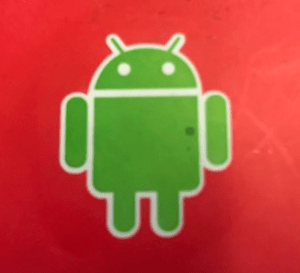 Instant Tethering was only available for Google Android devices, such as the Nexus and Pixel series. So, to use it on your Chromebook, you needed to own a Google device; but according to an Android Police tip, Google plans to extend this useful feature to non-Google Android devices from LG, Oneplus, Samsung, and so forth.
In Instant Hotspot, Apple Macs have already had a similar feature since 2014, for connecting iPhones and iPads hotspots automatically. And with Google’s Instant Tethering feature on the Chromebook, Google is looking to match the mobile connectivity on MacBook.

How to try out Google Instant Tethering on your Chromebook

1. Pair your Android phone with your Chromebook via Bluetooth.
2. Open your phone’s Settings app and select Google Services & Preferences.
3. Tap Instant Tethering.
4. Enable the Provide Data Connection option.
5. On the Chromebook, click your picture located on the bottom-left of your screen
6. Click Network Settings.
7. Enable Mobile Data.
8. Your phone will prompt you of the connection. Verify it by tapping the notification and tapping Connect.

This Instant Tethering feature on non-Google Android devices is essential for Chromebook users who do not own a Google Android phone but need the convenience and safety of using their hotspot with minimal steps or clicks. This feature will surely allow for selling laptops running Chrome OS by even more computer manufacturers. Do you own a Chromebook? What other feature would you welcome to improve its usability? We love to hear from you.