The OnePlus recently launched their new McLaren Edition of the OnePlus 6T phone and it costs $70 more than your regular kind of equivalently specked OnePlus 6T. For that $70 you get three main features. 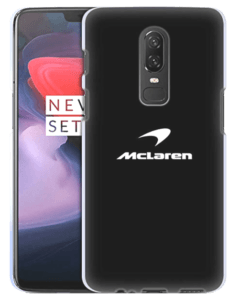 McLaren Edition has completely different aesthetics. It's the same phone but it looks a lot better in my opinion than the regular ones. It comes in a new box, it comes with some fancy stuff, but the phone itself has a carbon fiber finish and an orange accent on the sides going to the bottom. I think it looks pretty good.  It also has two main hardware features.

The charging system was the main feature we were interested in, so we tested it out. This system is called Warp Charge and it pumps up to 30 watts into your phone. The traditional OnePlus 6 or OnePlus 6T charging system used be called Dash Charge, is called Fast Charge now and this pumps in 20 watts at peak into this phone. Thirty watts comes from the Warp Charger and OnePlus claims that the Warp Charger can charge up the McLaren Edition phone up to 50% in 20 minutes. We tested this quite a few times and it never got all the way to 50% in that timeframe. It got close with 48% but never quite 50%. 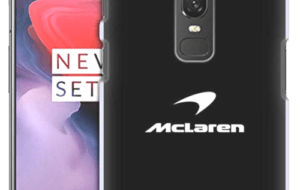 At first, when you charge the regular OnePlus 6T with the regular 20 watts on the Dash Charger charges noticeably slower than the Warp Charger. However, by the time the battery is about 50%-60% full, the Warp Charger drops down in speed to a regular level found before. It's still fast, it's just not as fast as it is when you first start charging the device.

It seems like the benefits of the Warp Charger are most notable between he 0%-50% range before it slows itself back down and limits itself. Anything beyond that is cool, but it's just not as substantial as we thought it would be.

The question is, is this feature worth $70? For most people, I'd say no, it isn't. If you're looking at a OnePlus phone you're probably someone that appreciates value. I'm not saying that this is a bad value, but the value ratio that you're getting here isn't huge. Unless you're a huge fan of McLaren or you love the color orange, for $70 it just seems like a large part of the value of this phone, and I just don't see it fulfilling its purpose to that price point.

Everyone needs faster charging, and this is something that in the future OnePlus will probably all have the Warp Charger and justify their higher prices, but for now, the value just probably isn't there for most people. However, you can always offset the extra charge if you sell your phone prior and use the money for a new one.