Still scrambling for a Black Friday buy? Try taking a look at the new MacBook Pro and see what it has to offer. The new 15-inch MacBook Pros can be configured at the time of purchase with the new Radeon Pro Vega GPUs. Before getting into performance, let's talk about power consumption first because it's really relevant when it comes to comparing performance with this device with anything else out there. 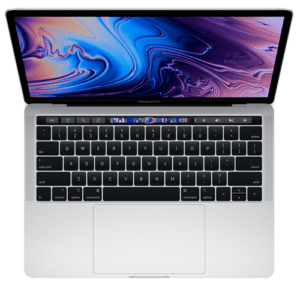 MacBook Pros, are powered by USB-C. The AC adapter they include in the box is an 87-watt adapter, it's not particularly big. There's a limitation to this port. you can only feed 100-watts to it. Everyone wants to have that super-thin laptop that's running an RTX 2080 or something like that, but you can't power something like that with an 87-watt adapter. Everyone is big on USB-C charging because it's universal and awesome, but you can only feed so much power through that port. An example is something like the Raxr 15 that has a more powerful system, a more powerful GPU, but it needs a significantly bigger 230W barrel plug AC adapter.

When Apple announced the Vega 20 they kind of did a stealth announcement with it. Their website had some seemingly impressive graphs, but because it didn't have Adobe Premiere in those graphs but once you fire up Premiere, you're going to find out that it's just a whole new batch of awesomeness. There's a significantly faster render time on the new Vega 20, compared to the Radeon 560X from 3 months ago. It's not just the render time, it's also playback and the entire system just feels significantly faster running the new Vega 20 GPU. On any benchmark testing, you'll see major improvements over the regular 560X GPU.

The thing is, that the 560X was a GPU that existed on the MacBooks since 2016. Ever since they went to this new style, they've been using that kind of GPU. Yes, they've bumped up the clock speed a little bit every year, but it was the same architecture. The new Vega 20 is completely new and it finally feels appropriate for 2018. Mainly, that's due to the fact that the 560X from a few months ago was so underpowered compared to all of the other Windows laptops. Even someone who prefers MacOS it was sometimes really difficult because the better performance was in the Windows devices. 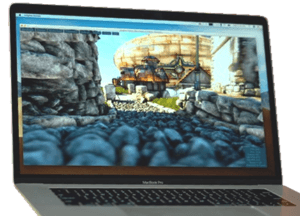 When it comes to gaming, the native MacOS games had a bit of a bump from the 560X, but it wasn't massive. Keep in mind that most games are going to run slower on MacOS than they would on Windows, but the truth is, any kind of thin and light Windows gaming laptop is going to crush the MacBook.

In longer Premiere renders the thermal performance is a bit better and getting slightly lower average temps. The fans aren't any louder, but the temps are a little bit lower and this is from the better efficiency on the GPU.

Here comes the bad part of the new Vega 20 MacBook Pro; the price. This is now a $350 price increase if you want that upgrade, and this is on a device that is already expensive. Also, for people that already just bought a MacBook from a couple of months ago, the existence of this new Vega 20 GPU just hurts. It hurts because that "old" MBP is no longer the most powerful on the market some 90 days later. Depending on what you do, such as if you're a creator, it's going to be really tempting to pick up.

If you're a professional and use this for work, this is going to make sense for the right application. If you're buying it to play games, well, you're int he wrong market with any Apple device.

Ok, so not to defend the price of this device, but because of the fact that you cannot get a Windows USB-C powered device that has this kind of performance in the packaging like in a MacBook Pro on the market because it just doesn't exist, puts Apple in the driver's seat for pricing. The fact that Apple has a monopoly on a product allows them to charge whatever they want. Like it or hate, that's the way of the world. Luckily, you can always sell your MacBook before you buy this one for extra money.