Today’s topic of interest is a Lenovo Yoga 920. If you have never used a Yoga laptop you are surely missing out. The Yoga is one of my favorite series in the Lenovo collection. All of the Yogas a very popular and a lot of people rave about them; however, not everything is perfect with any laptop. Here’s an overview of the popular Yoga 920 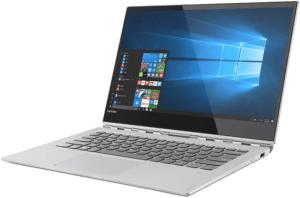 The Yoga 920 is Lenovo’s 14-inch hybrid two-in-one device. It’s a product that’s been very well received by the media, reviewers and by critics and they all seem to enjoy this laptop. I would agree that this is a good product overall. There is a lot of stuff I love about it, but there’s one thing that really bugs me about this machine, and that’s the tablet-mode. I will talk about things I do like about it, but first, let’s cover the one major problem I don’t like about it. 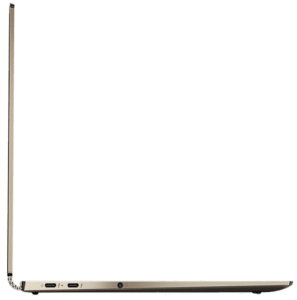 Weighing in at 3-pounds it’s a very well built device. I would say it’s one of the best-built devices from Lenovo, especially at this price point of $1,199USD. That’s the starting price; no worries, and there’s room to grow that number as well.

Lenovo went with good material choices. It’s aluminum all around and the design looks great, but there are a lot of sharp edges around this entire product and when you use it in tablet form these sharp edges are really pronounced. You’re basically looking at edges on the top, the bottom, the sides, that are all really sharp. Because everything is so sharp, I don’t like holding it in tablet-mode. A two-in-one tablet device shouldn’t be this sharp on the edges. 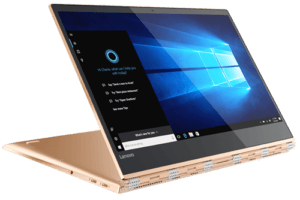 Now, the hinge that they use is the classic Lenovo watchband hinge that was used on the Lenovo Yoga 900 model and it’s still awesome as ever. This hinge has two major benefits. First, it allows you to fold the screen all the way back which allows for it to be a two-in-one device, and secondly, the hinges are really stiff. It doesn’t matter in which position you put the screen, it’s not going to be floppy. Also, if you use it for artwork with the pen it doesn’t wobble around too much and remains fairly stable at all angles.

Accessing the internals is pretty easy. It’s just a bunch of torque screws to remove and you’re in. However, when you get in there it’s a little bit disappointing because the RAM and the drive are extremely difficult, if not impossible to replace.

The 512GB SSD is super fast with read/write speeds of 3,100MB/s and 1,600MB/s respectively. Just be sure to configure it the way you want straight from the factory because you won’t be able to easily upgrade the RAM and storage. 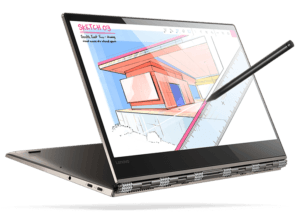 The ports on this thing are good but limited. It has one USB-A and two Thunderbolt 3 ports. With one of these TB ports, you will use to charge it. It actually used four PCIe lanes, so if you have an external GPU, you’ll get maximum bandwidth on this device.

Performance of the new Yoga is really good. It’s running the new 8th generation CPU from Intel and the multi-core applications really flex on these CPUs. Most applications won’t feel too different than the 7th gen CPUs. That’s because a lot of apps aren’t capable of taking advantage of multi-core stuff just yet.

The GPU is capable of playing some lighter games, but nothing crazy. For example, CS: GO will get about 103 fps, Overwatch will get 43 fps, Heroes of the Storm gets about 58 fps, and Team Fortress 2 yields around 86 fps with low settings and 720p. Fan noise and thermals are really comfortable and never gets uncomfortably loud or hot. Performance is quite good with this Yoga 920. 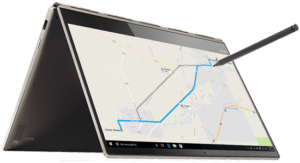 The keyboard is excellent. Lenovo is known for making really good keyboards, and this is one of them. I got used to typing on it really quickly and it’s just a comfortable, spacious keyboard.

The trackpad is good and bad. Tracking is good with the Windows Precision drivers. The button mechanic is mediocre, It’s not a bad click, it's just not as tactile as it could be. You can hear it, it’s just a bit more hollow than I like my trackpads to be. It’s still a decent build, it’s just not my favorite things about this device. 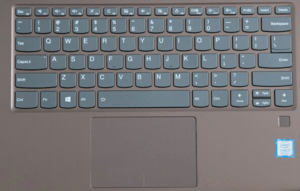 On the device that I tested had a 4k screen, it is also available with a 1080p. The 4K panel is colorful and it has good viewing angles; however, it’s not super bright. On a normal dedicated laptop I am more forgiving on the brightness of screens, but on a 2-in-1 device, I want to see it brighter. You often you a 2-in-1 as a tablet or in tent-mode, after all, that’s why you got it, but when in those modes you need a brighter screen because you may not always be sitting at a perfect angled desktop position. The 4K screens come with a pen and this actually feels really similar to the Surface Pen. At least the new ones. It has 4.096 levels of pressure, and it’s a nice pen. 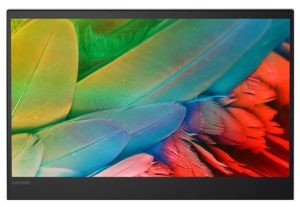 The battery is a 9-hour battery with the screen at 250 nits, and that’s with the 4K panel. If you’re running a lower-resolution 1080p panel, may get you about 11-12 hours. Easily a full days’ worth of use.

The webcam looks decent. It’s not a super high-resolution camera, but the colors look OK. One thing to note about the webcam is that it is located on the top middle bezel, which is different because with bezels this thin they typically are located on the bottom bezel.

The JBL speakers are pretty mediocre. I don’t love them. They don’t sound bad, but due to their downward firing positioning, they literally fire directly into the table with a millimeter of a gap. It is just really poor positioning. In tent-mode it’s a little better, but you basically have this echo chamber where the sound bounces back and forth, and again, it just sounds distorted. It’s also not great in tablet-mode because the speakers are right against the screen. 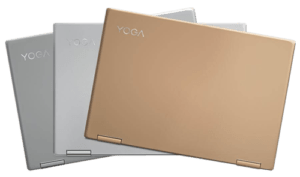