Why does the MacBook Air still exist in 2017? Surprisingly Apple released a new version of the MacBook Air with minor upgrades. For a computer that has been around since 2010, that's not bad.

What's interesting about the Air is that it's still one of the most popular Macs that Apple sells. While they have updated most of their other more modern Macs, I think people look at the Air and say, "Yeah, that's all I need." 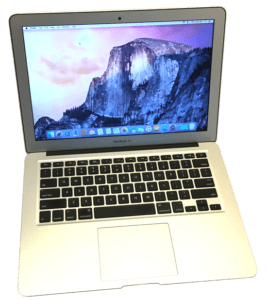 To be fair, this design hasn't changed much since 2010, but it's still a great looking laptop. It's all metal and maybe it's not quite as nice as some of the newer MacBooks. But it certainly isn't an old terrible piece of hardware.

One thing that hasn't changed is the MagSafe. While there are a lot of advantages of going with USB-C and Thunderbolt, there's something really nice about having a magnetic cable that you can stand to rip out of the side of the device on accident. 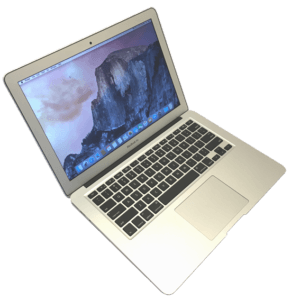 When you open up the Air it looks very familiar. Now, that's not a downside. The keyboard, the trackpad, and the overall build quality still feels really sturdy and good. In 2010 this setup was super solid. When buying a modern laptop that looks like something that you bought 7 years ago, you may have a problem. 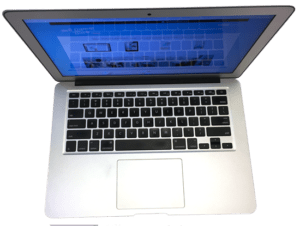 The main thing that jumps out at me when using the Air is just how bad the screen is. Some things from 2010 held up pretty well, but a TN panel certainly does not. It has a 13.3-inch display with a 1440 x 900 resolution. It's lower resolution, but not the end of the world. However, the color, and especially the viewing angles are terrible. You basically have to be looking at it directly from the front for of it look its best. And for a $1,000 USD laptop, that should be a deal breaker right here. When looking at other devices, like the LG Gram that also sells for $1,000, the Air doesn't even come close. 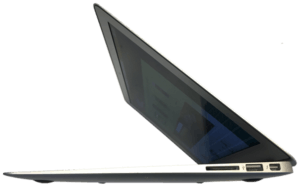 If Apple wants to keep selling MacBook Air in 2017, by all means, go ahead. There are legitimate advantages to having a MacBook like this still around. However, the fact that Apple hasn't updated the screen in 7 years, and it looks as bad as it does, just really isn't acceptable. If this screen was on a $200 laptop it would still be terrible.

To be fair, it's not all bad with the MacBook Air. The new 12-inch MacBook is kind of a successor to the Air and it is a very thin laptop as well. When you put it side by side with the Air, you will see it's a much smaller laptop, with almost an inch or less surface space. It's definitely not perfect though. The 12-inch MacBook also only has one USB-C port, and that can cause some big problems when it comes to using only one single port to charge the computer. But if you want an external monitor or USB accessories, it all has to go through the one port. Whereas the Air doesn't have this problem because it has a mini DisplayPort that also doubles as Thunderbolt 2, three full-sized USB 3.0s, SD card reader, and also the dedicated MagSafe power adaptor. 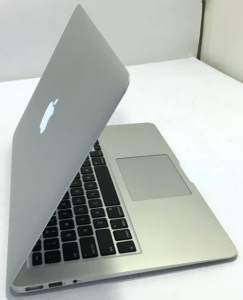 While the MacBook Air isn't the perfect laptop, it definitely isn't living the dongle life. The 2017 model has seen an update, but the upgrade is incredibly minor. It's gone from having a 1.6GHz to a 1.8GHz Core i5 processor. But it still has the same 8GB of RAM and only 128GB SDD. 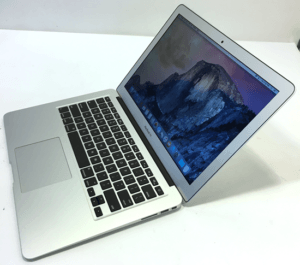 What hasn't changed are the actual processors inside. So, the Air's still rockin' a 5th generation Core processor, whereas pretty much all of the MacBooks and most Windows system laptops these days are in the 7th generation. It really feels like an upgrade just to say, "Hey, look, guys, we can put the 2017 badge on it now".

The performance of the Air has definitely fallen behind. Not only is it slower than the 12-inch MacBook, which has a much lower Core m3 processor, it's also much slower than the LG Gram, which is about the same price but has a much newer Core i5. 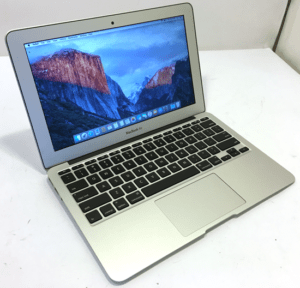 To be fair, performance isn't the be-all-end-all for the MacBook Air. One of the other big advantages here is battery life. With the 13-inch is specced with its fairly large battery, you should expect around 14 hours on a single charge with normal usage and screen brightness around 50%. That's still a solid time frame no matter what year you're talking about. The only issue is another laptop, such as the Gram, have absolutely caught up to that number. 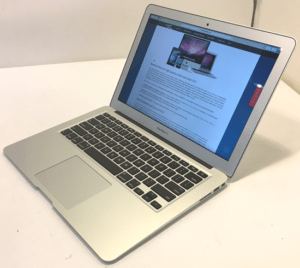 One area where the Air definitely does hold up is with the keyboard and trackpad. The keyboard itself actually still feels pretty decent. Most people will slightly prefer what they can get on the newer MacBooks because a lot of people actually like the extra key travel. As far as the trackpad is concerned, it's still top-notch. It's not quite as new and as nice as found on the more modern machines with the Force Touch trackpads but still holds its own without fail. Mac trackpads are always better than pretty much any Windows PC you can buy. 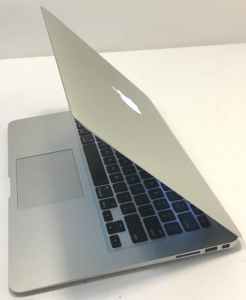 When it comes to actually using the Air, it does feel reasonably snappy. So yes, if you look at it compared to something else on a benchmark, it's not going to be as fast. For more basic usage like web browsing, which honestly is what everyone basically does on Airs anyhow, it does feel pretty great. The screen does definitely let it down, but besides that, it's a pretty solid machine. 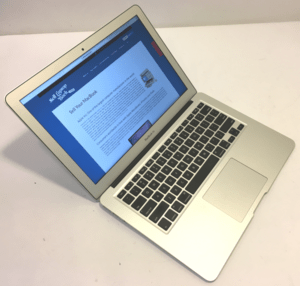 The value proposition with the MacBook Air is a little bit strange. On one hand, it's $300 cheaper than any other MacBook that you can get. On the other hand, it hasn't' really been thoroughly updated in quite a few years. It also only comes with 128GB SSD in the base configuration. If this is just your Facebook machine, then sure, that can work out. But once you start upgrading it, it doesn't make any sense since the newer MacBooks start to cost the same. 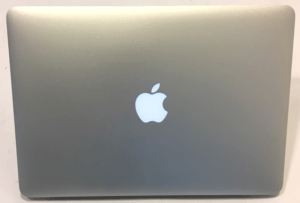 The MacBook Air was a great ultrabook when it came out in 2010. However, if you're buying a new laptop in 2017, it just doesn't make sense. 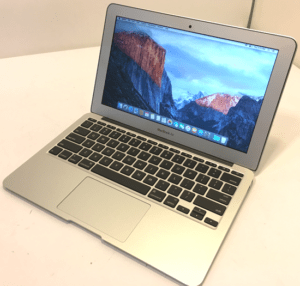