Selling your 17-inch MacBook Pro? Good for you, but it would be a good idea to mention some of the specifications and facts about your A1297. 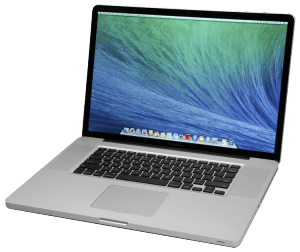 To start off with it Apple tells you on the box that it has advanced video graphics processor and a precision aluminum unibody enclosure. Some of the specifications are: size and weight – the height is 0.98-inches tall, by 15.47-inches in width and its depth it 10.51-inches, and weighs in at 6.6 pounds. That’s pretty heavy and definitely heavier than the non-unibody MacBook Pro. It has a built-in Airport Extreme WiFi, Bluetooth, Gigabit Ethernet with a 17-inch high resolution LED backlit glossy widescreen display, and 500GB of Hard Drive at 5400rpm. It has a huge color palette with a native resolution of 1920 x 1200p. 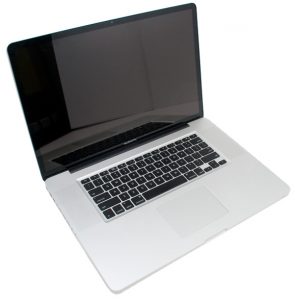 When buying your device people are going to want to know how the device compares to maybe their older MacBook that has 2.0GHz Intel Core 2 Duo with 2GB of RAM. The Pro has a 2.8GHz Intel Core 2 Duo, 4 GB of RAM, and they both start up in about the same time; both take about 20-30 seconds to boot up; however, the shutdown times are 4 seconds for the MacBook and 1-1.5 seconds for the Pro, so here you have a pretty good difference in comparison.

Getting to the screen. The 17-inch Pro shows up really nice with its high-resolution LED backlit glossy widescreen display. A much better screen than the older MacBook. The colors are very crisp and they pop nicely with the upgraded Pro’s display.

The MacBook Pro has great portability. On the left hand side it has the MagSafe power connection, an Ethernet port, a Mini Display port, FireWire 800 port, an Audio Line in and out port, three USB 2.0 ports and the Battery Indicator and finally an Express Card/34 port. Then on the right side there is a Kensington Lock Slot and the 8x SuperDrive that burns dual layer DVDs, DVDs and CDs.

Apple has decided to go with the MacBook keys, for better or worse. The glass trackpad is really nice and it supports multi-finger gestures such as: clicking with one finger or right-clicking with two fingers. You can scroll up and down with two fingers; hide windows with four fingers; you can increase or decrease the size of windows by pinching or expanding your index and thumb together or apart. The unibody enclosure is sleek and stylish. Some people may complain about the edges being too sharp but they never cause any discomfort for your wrists or low forearms.

Don’t forget to tell your buyer that Apple claims that the Pro boasts an 8-hour battery life. But this will also depend on how many charge cycles it’s had. Also you need to have our battery settings set to Better Battery Life to get that kind of time from it while small programs such as iChat or Safari. If you’re using programs such as PhotoShop, iMovie, iDVD or Garage Band, your battery will last more along the lines of 4-6 hours. Playing games such as World of WarCraft will only yield about 3-4 hours. 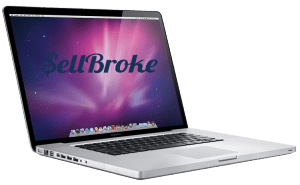 The 17-inch MacBook Pro’s performance is pretty darn fast. In fact the MacBook Pro laptop with specs that are worse than what’s in some Windows computers, is still faster. For instance there may be PC with a 3.16GHz Intel Core 2 Duo, 512MB ATI Radeon HD, 500GB HD at 7200rpm and 4GB of RAM and the MacBook Pro A1297 still outperforms the PC.

As you can see there are many reasons to buy a 17-inch MacBook Pro or an Apple iMac if you’re after a stationary computer. So get online and list to sell your MacBook Pro, you only have money to make, because it’s easy to sell quality.