Which Game Setting Cause the Most Lag?

Why Does it Lag and How to Fix It 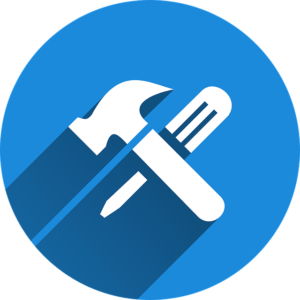 While the title says, “which game setting cause the most lag?” this article is about all of the game graphic settings that you can adjust or, in some cases, turn off to get the most performance out of your gaming pc.

Depending on how powerful your gaming pc is, you can get away with playing games at the highest settings without adjusting anything. Or you might need to sacrifice a bit of visuals for higher performance, and by performance, we mean Frame per second (fps).

Here is a list of things that can make your laptop faster.

Reflection is the first thing on the list because while it makes your game look better, it doesn’t add anything to your gameplay, especially if you play competitive games. The idea is to crank reflections down to the lowest setting rather than turning it off completely to get the ideal performance boost and still get a nice visual representation of the game.

However, if your hardware is quite old and you don’t care that much about the game’s visual appeal, you can go ahead to turn reflections off.

Supersampling, just like reflection, takes a toll on a gaming pc, and it is better to turn it off if your pc cannot handle the extra juice need to perform supersampling.

The opposite of supersampling is subsampling. Subsampling allows your game to be rendered at a lower resolution, then upscaled back to the resolution of your pc. Subsampling can be used to increase the gaming performance of your pc by up to 30 fps depending on the game and your gaming PC’s hardware.

Note: Subsampling might make your game look a little blurry, but the performance game might be worth it.

Shadows have been a huge part of creating the illusion of realism and depth in games and other digital media for a very long time. Also, if you have played AAA games for some time and your gaming hardware is not exactly top-end, then you would have turned off shadows or cranked them to the lowest settings at least once.

Shadows are very tasking for gaming pcs to create because it requires that the pc process light information several million times per second to get shadows. Dynamic shadows are even more demanding on the pc as they require real-time calculations.

If you want more performance from your pc, put your shadows on low or turn it off completely depending on the strength of your hardware.

A lot of gamers still wonder why this is even included in the first place, as most gamers do not understand its function.

There are several types of ambient occlusion techniques used by game titles. One of them is SSAO, which stands for Screen Space Ambient Occlusion. SSAO is the least hardware intensive method of producing Ambient Occlusion.

Therefore, by putting the Ambient Occlusion option on SSAO, you can be sure to get some performance boost.

Anti-Aliasing is the method used to remove the pixelations from games by sampling the image and making jagged edges smooth on screen.

The best setting to use for Anti-Aliasing and still get good gaming performance is SMAA.

Post-processing refers to all the extra processes added after the game’s initial render to make it look better. Since we aim for frames in this article, it is better to turn off most post-processing options like Nvidia hair, dynamic or interactive smoke, depth of field, and more.

Motion blur is one option you would want to turn off for a better performance boost.

Turning off many of the settings discussed in this article might significantly reduce a game’s visual appeal. It is up to you to figure out what settings work best for you. You can trade your laptop for a better one if you can’t adjust the settings enough.